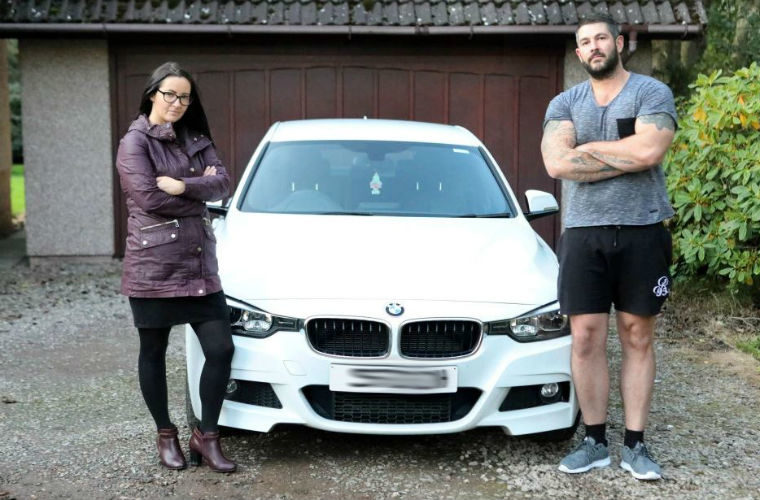 A student has claimed that he’s facing a car insurance hike after his BMW was clocked speeding while it was undergoing repairs at a BMW dealership.

Euan Fraser claims he handed his vehicle in to John Clark BMW Motors in Dundee last week and on Friday received a speeding alert through its on-board black box.

The device, installed in his car by the insurance company, monitors driver behaviour and allegedly showed the vehicle was being driven at 65mph on a stretch of road which has a speed limit of 40mph.

He said: “My partner and I brought the car back to John Clark’s and left it there for repairs.

“There’s a black box in it that the insurance company put in to lower our premiums.

“If you speed you get a ‘black flag’.

“On Friday morning we got an email to say we had one black flag because the car had been speeding on the Kingsway, all the way from Monifieth to Perth.”

Euan said when he complained to the garage, he was given a “vague” answer.

He said: “They told me the staff don’t always know where they are on the road.

“You don’t expect this kind of thing when you think you’re dealing with a reputable garage – this wasn’t some dodgy backstreet garage.

“I’m now worried about getting a speeding ticket and I don’t know what will happen to my insurance premiums.”

He added that he was also unhappy with his car which he had bought from the dealership as an approved used vehicle for £12,000 because it needed significant repairs soon after.