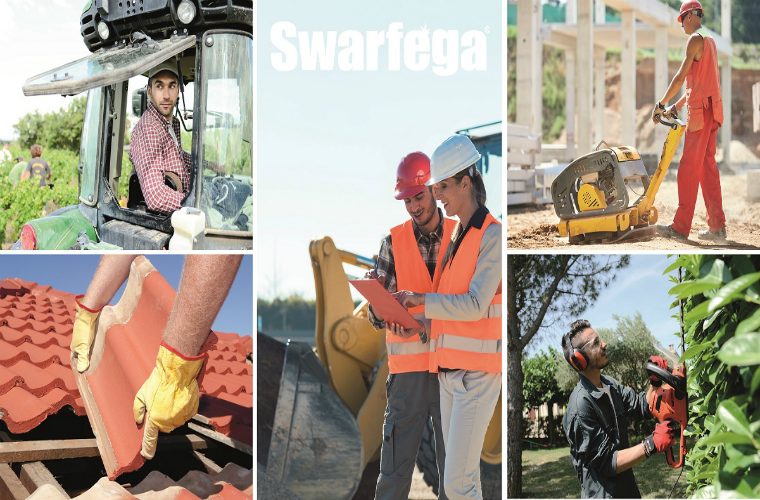 Swarfega is launching a survey to find out about worker attitudes to sun protection.

Swarfega has launched a survey to find out more about professional trades peoples’ attitudes to sun protection, urging them to take stock of skin care.

The summer of 2018 witnessed a series of records; not only did England get to a semi-final of the world cup for the first time since 1990, but it was the joint hottest summer since records began in 1910.

The sun shone 40 per cent more than average in June and July, with UV levels frequently in the very high category.

A Swarfega spokesperson explained the potential risks and damaging consequences of UV rays on the skin. They said: “With spring emerging, for professional trades people who often work outside, this is welcome news, but it’s also the a time to reinforce skin protection.

“The harmful UV rays emitted by the sun mean that just 20 minutes of unprotected exposure can have severe consequences on the skin.

Skin can still be damaged when it’s overcast

“It’s a surprise to many that, even when it’s overcast, you are still exposed to dangerous UV rays, with up to 80 per cent of them passing through cloud.

“UV radiation from the sun can cause serious skin damage, including sun burn, blistering, and premature ageing.

“In the long term, it could even lead to skin cancer; one of the most common cancers in the world.

“Rates of malignant melanomas have been rising in the UK since the mid-1970s and Cancer Research UK estimates that the rate will increase by 7 per cent by 2035 to 32 cases per 100,000 people.

“One shocking statistic came from a recent study by Imperial College London.

Outdoor workers could face a death every week

“They found that working outdoors could lead to one death and around five new cases of melanoma skin cancer a week.

“The Institute of Occupational Safety and Health reports that 90 per cent of deaths from skin cancer are avoidable.

“It is generally accepted that those who repeatedly over-expose themselves to high levels of UV are at the highest risk of developing skin cancer.

“To help understand if the summer of 2018 changed the way professional trades people view sun protection, Swarfega is calling out to people who work outside to complete a short survey here.”

Every professional trades person that completes the survey will be entered into a prize draw to win a £150 Amazon voucher, and the first 10 entrants will get a TOUGH by Swarfega washbag sent to them.

Swarfega is a producer of heavy-duty skincare and hand cleaning products.

Find out more about the company’s products for technicians and the wider independent aftermarket by clicking ‘more details’ below.