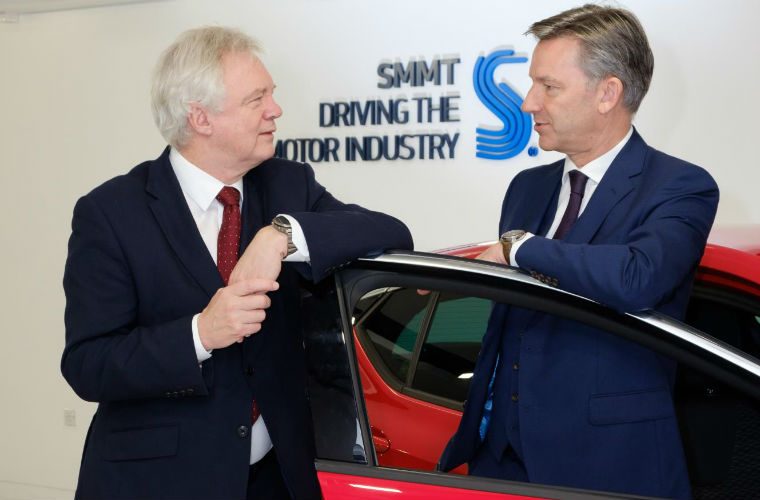 The Society of Motor Manufacturers and Traders (SMMT) has backed Theresa May’s withdrawal agreement, warning that a ‘no-deal’ Brexit will be a catastrophic blow to the British automotive industry.

The draft Brexit withdrawal agreement stands at 599 pages long and sets out how the UK will leave the European Union on 29 March 2019.

The House of Commons is now expected to deliver its verdict on the deal in January.

The draft includes a transition period which will begin on 29 March 2019 and last until 31 December 2020 during which the UK will need to abide by all EU rules, but will lose membership of its institutions.

The SMMT has said a Brexit withdrawal deal and transition is essential “to prevent the industry falling off the cliff-edge”.

An SMMT survey found that 74 per cent of automotive companies with UK operations said that a ‘no-deal’ scenario would damage their business, with fewer than nine per cent foreseeing any positive impact.

More than half claim that their operations have already suffered as a result of uncertainty about future trading arrangements.

Mike Hawes, SMMT chief executive, said: “Frictionless trade as part of the EU single market and customs union has driven the success of the UK automotive industry so the fact we are leaving is already painful, and already causing damage.

“Leaving without a deal would be catastrophic – plants will close; jobs will be lost.

“Leaving is not what we wanted, but we recognise that the withdrawal agreement has been hard-fought and, crucially, delivers a transition period which steps us back from the cliff-edge.

“We need a deal now, and we need an ambitious deal for the future that guarantees frictionless trade with our most important market – nothing else will do, and we urge all parties to remember what’s at stake.”

However, it is widely expected that MPs will reject the withdrawal agreement and blueprint for a future trade deal agreed with the EU.

Some MPs are trying to mobilise support for a so-called “Norway Plus” option, which they claim could win support across the House of Commons.

Under the plan, the current withdrawal agreement would be honoured but the UK would seek to rejoin the European Free Trade Association (Efta), which it belonged to before entering the European Economic Community in 1973.

In 2016 a GW reader survey, in which 80 per cent of respondents claimed to have voted leave, two thirds of garages believed Brexit would benefit their business. Do you believe Theresa May’s withdrawal agreement will benefit independent garages or are you calling on MPs to vote against the deal? Share your comments below.

Home Page › Forums › Majority of independent garages voted leave but is Theresa May's deal what you voted for?