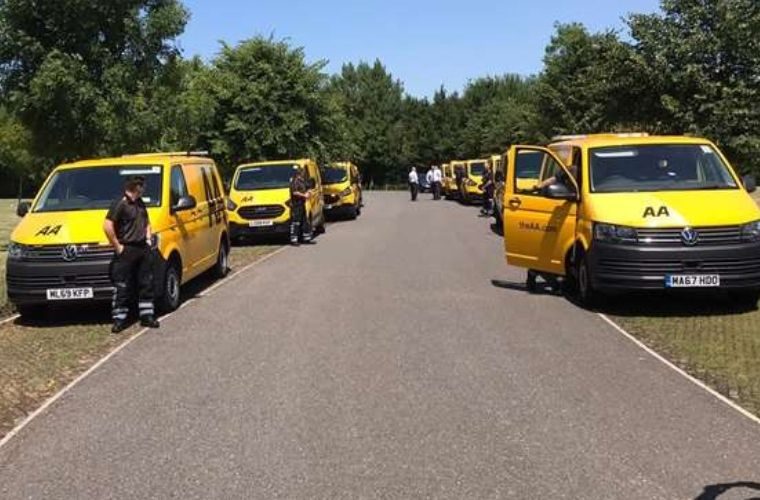 An AA technician has been honoured with a fleet of patrol vans at his funeral.

Simon Burridge, from Rainham, worked for the recovery service for some 13 years and despite defeating COVID-19 he died on June 1 to cancer, Kent Online has reported.

Patrol vans joined behind the hearse as it left his home in Silverspot Close earlier this week and followed the funeral cortege where more – including classic vehicles from the company’s history – also formed up outside.

Simon, 52, was a talented mechanic and had always had a passion and interest in cars.

Joanne Burridge, Simon’s partner of 16 years and wife for ten years, said it was difficult to talk about her husband who was a father to four “beautiful children”.

She said: “He was quite a private person and proud and amazing at his job.

“He was an amazing mechanic and seemed to have magic hands that fixed anything he laid his hands on.

“It’s nice to hear that everyone thought so highly of him.

“Everyone has just been so nice.”

She thanked all the AA colleagues for taking part in the cortege and attending the funeral, where they sat in their vans in the car park watching the service inside online.

“Everyone has just been so nice”

Joanne said her husband was considering taking up maintaining and driving classic cars in his retirement and always enjoyed going for a drive in the country lanes.

After battling COVID-19 and beating the virus while fighting multiple cancers, Simon left the Wisdom Hospice in Rochester in April and returned home greeted by applause from nurses and hospice staff.

At the time, Simon said: “From the time I was brought in to the Wisdom Hospice by patient transport from Medway Hospital, the people in the hospice have gone well beyond my expectation’s of care, I cannot thank these people enough.”

But he then developed pneumonia before finally the cancer took over.

Joanne said: “He was a fighter, he really was.

“But the cancer stepped up and he was too weak.”