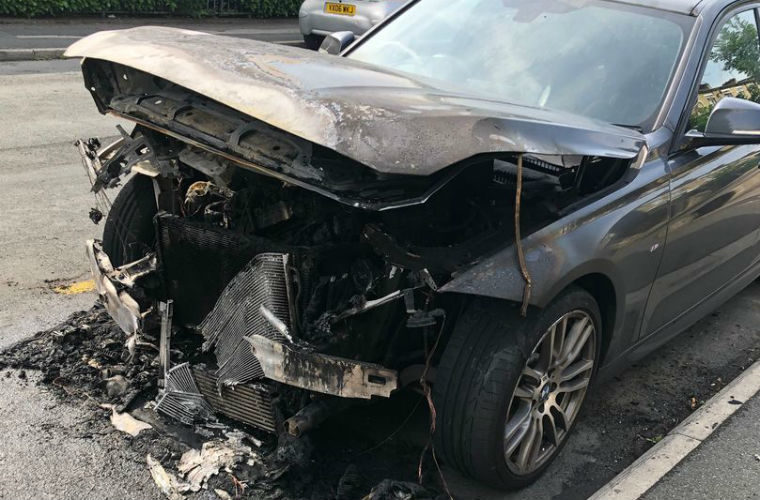 The owner of a 2015 BMW 330D which was destroyed by a fire has spoke out urging other owners to be on their guard.

The car was parked in Huddersfield for seven hours before it became engulfed in flames, The Examiner Live has reported.

Firefighters ruled out arson and have suggested that the blaze may have been triggered by an electrical fault.

The owner, Aishah Manzoor said he insurance company is dealing with the matter.

The car was subjected to a worldwide recall in October due to a potential fire hazard linked to the EGR cooler.

The EGR cooler on Aishah’s car was inspected and replaced by BMW in February when the car had done just over 66,000 miles.

Aishah said: “It was recalled and the garage had it for 2-3 months.

“The EGR was replaced because of the fire risk.”

BMW recalled 268,000 cars in the UK due to the potential fire hazard.

The affected models are all diesel produced between August 2010 and January 2017.

0 0
Previous ArticleShaftec shares tips on how to get the best surcharge returnNext ArticleWatch: How to diagnose faults in Mercedes-Benz MOST bus ring