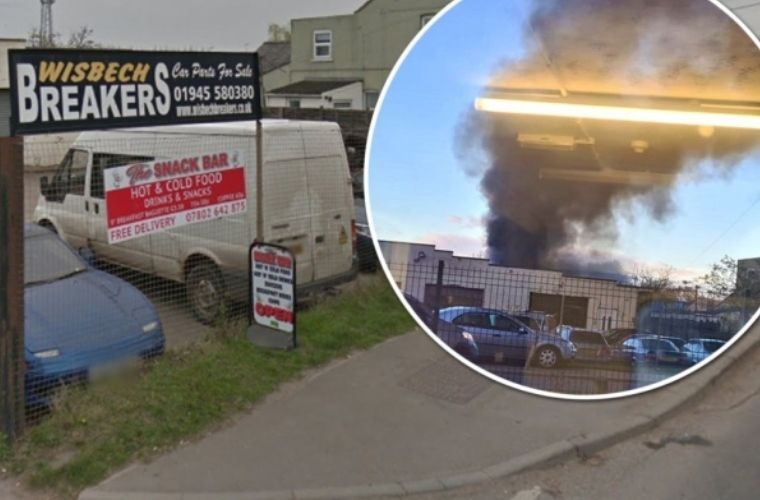 Multiple vehicles have been completely destroyed following a major fire incident at a breakers yard in Cambridgeshire.

The blaze broke out at around 3.30pm at Wisbech Breakers garage on Wednesday 4 November.

A spokesperson for Cambridgeshire Fire and Rescue Service said: “We were called at 3.33pm, to a building fire on Weasenham Lane, Wisbech.

“Crews arrived to find multiple vehicles on fire that had spread to a building and stack of tyres.

“Firefighters used two hose reels to extinguish the fire; the cause of the fire was accidental.”

Crews left the scene at around 5pm and messages of support for the town’s small independent business poured in online.

One resident said: “I am gutted for them [Wisbech Breakers], as if the year hasn’t been bad enough for small business owners.”