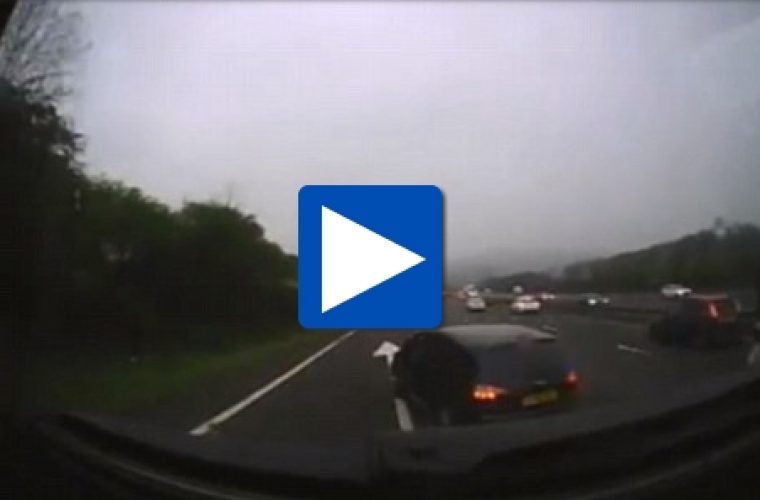 The Mail Online reports this as the ‘moment a brazen motorist swerved in front of a lorry driver on a busy motorway in an attempt to claim £75,000 in an insurance scam.’

What we do know is the occupants filed four whiplash claims, totalling up to £75,000, following the ‘accident’ – claiming the crash was the lorry driver’s fault. The claim was stopped in its tracks by this footage captured by the truck’s on board camera :

It certainly looks more like opportunism than a plan. The people carrier reacts too slowly to deal with queued traffic, before it brakes and swerves across three lanes into the patch of the truck driver who is clearly not at fault.

As the Galaxy had been hit from behind the occupants pressed ahead with their whiplash claims. Around 550,000 whiplash claims are filed annually in the UK. Insurance experts estimate around 60 per cent are ‘cash for crash’ scams, netting up to £1billion a year.