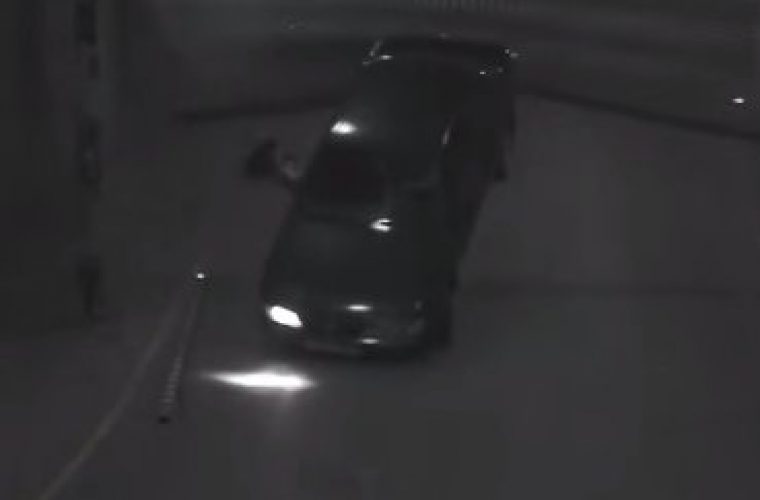 In this puzzling but compelling CCTV clip, an angry motorist takes on a gate in an underground car park and loses.

The reasons for the incident – which happened three years ago – are unknown. The security video has just been released by Albert Ómar Guðbrandsson, caretaker of the garage under Höfðatorg Tower, the office tower in Reykjavík, Iceland where the incident happened.

He said: “We’ve been asked countless times to publish the video, and decided to do so now after legal counselling.”