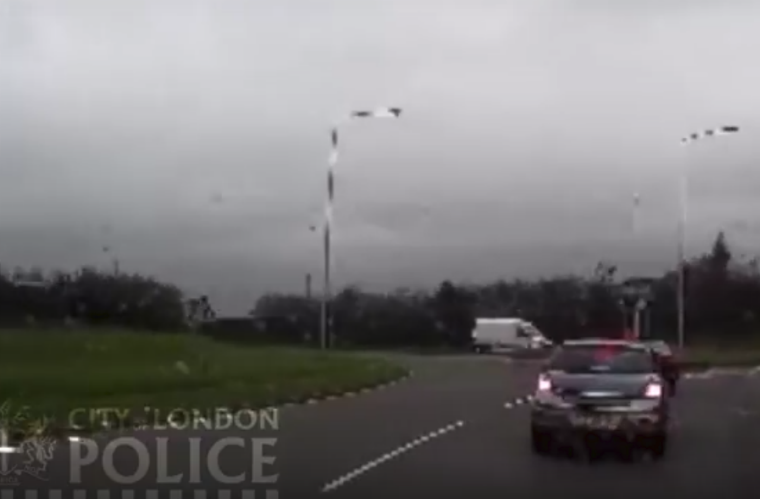 The staged crash in the video is from November 2015.

Dash cam footage which helped to catch a gang of devious crash for cash fraudsters has been released by police to deter others from believing they can flout the law.

The video shows a Vauxhall Astra braking slightly and then braking harder so the car with the dash cam smashes into the back of it, despite there being no legitimate reason for the Astra to have braked so hard.

City of London Police released the clip which helped to convict four men from Birmingham over the scam.

Detective constable Daryl Fryatt said: “This should act as a warning to any other people thinking of setting up a fake crash to make motor and personal injury claims.

“It is a serious crime that can endanger the lives of innocent drivers, push up insurance premiums for all motorists and one which could see you go to jail.”

Daud Khan used national insurance numbers and copies of driving licences belonging to his brother and two other accomplices to submit and progress fake personal injury claims on their behalf.

A fraud investigation found evidence of a similar claim from April 2015 when an insurance company paid out £810 in respect of the car damage but did not pay any personal injury claims due to suspicions.

Khan, 20, was jailed for two years and banned from driving for 18 months.