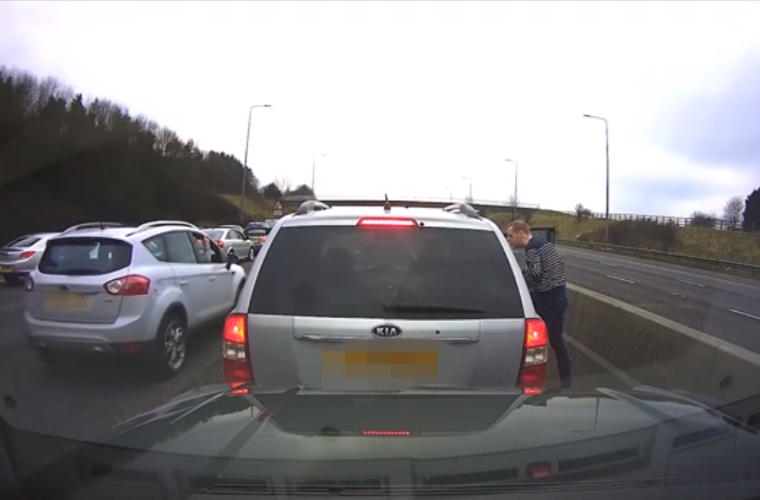 Hold-up followed a motorway closure but the Kia and Ford didn't realise the lane had been opened up again.

Dash cam footage has caught the moment a driver took it upon himself to stop traffic using the outside lane of a busy motorway.

The video, which was filmed on the M62 in the North of England at the weekend, shows a silver Kia moving over from the middle lane to block traffic from passing in the outside lane.

Frustrated drivers behind walk up to the Kia and plead with the driver to move over.

The driver of the vehicle recording the incident posted the video online and said hundreds of cars built up behind the Kia which mistakenly thought the outside lane had been closed.

He said: “I think they missed the previous two gantries that had changed from ‘move left’ to ’40mph’.

“Mistakes happen, but I tried to explain this to the guy in the car in front but he ignored me and another three drivers who were all fed up of being needlessly held up.

“The chap to his left and his wife were screeching that they had checked the Internet and the road was closed.

“I even said that I’d have to phone the police if they didn’t move as I was concerned that someone was going to plough into the back of the queue of traffic.”