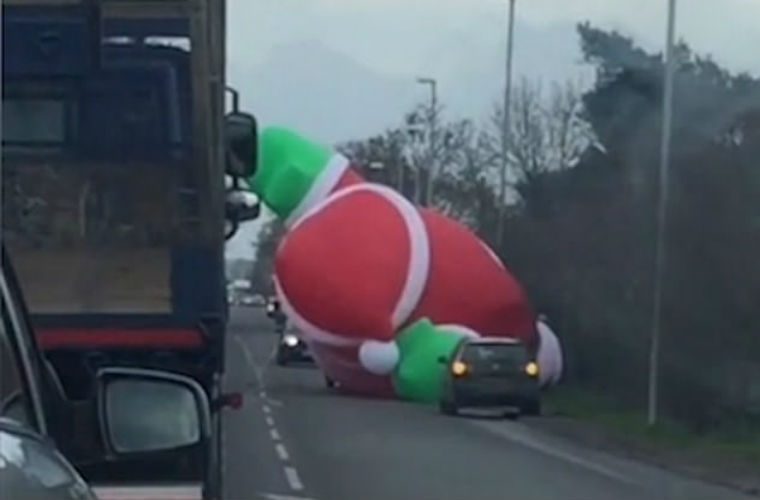 One driver attempted to puncture Santa to clear the obstruction.

A giant inflatable Santa, the height of house, caused lengthy tailback earlier this week in Wisbech, Cambridgeshire after it blew across a busy road, blocking it in both directions.

The festive obstruction caused havoc for drivers on Tuesday afternoon and motorist attempted to take matters into their own hands by getting out of their car, long with a passenger and tried to puncture St Nick to clear the way.

Footage of the scene from Muhammad Fareed has emerged online.

Muhammad said: “The road was blocked from both sides.

“I was shocked about what was going on.

“A car put on his hazards lights and two guys came out and tried to puncture it and take it off the road.

“But it was really really big so hard to move.

“I think someone put this Santa on his house and it was a bit windy and fell down to the road.”