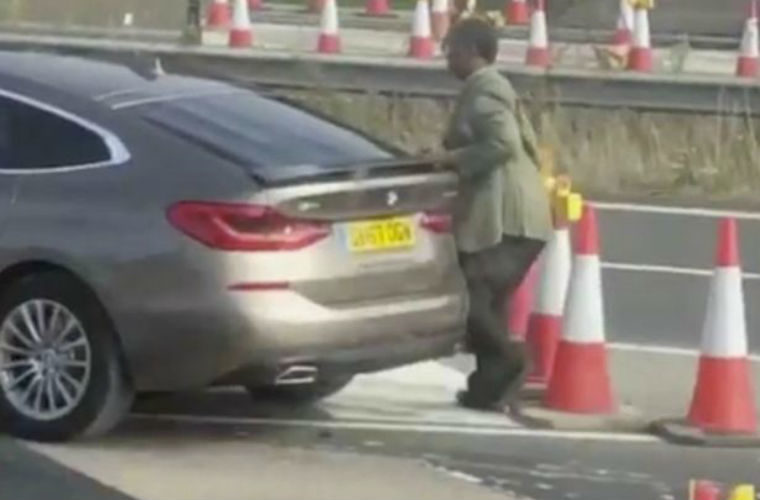 A driver has been caught on camera reversing up a busy motorway after missing his exit.

Footage has emerged online showing a motorist stepping out of his BMW after stopping at the road markings between the main carriageway and a slip road off the M20.

The man walks to the back of his vehicle to move the traffic cones out of his way.

Some other drivers try to warn him by blowing their horns – but it doesn’t stop the man from making his exit, Kent Live reports.

Workmen at a site across the construction near a junction in Ashford were shouting at him as one said: “You’re going to get yourself killed.

“Get someone to get you out.

The driver, however, did not listen to the workers and got into his car and pulled away.

The incident took place at the London bound carriageway at junction 10 in Ashford.