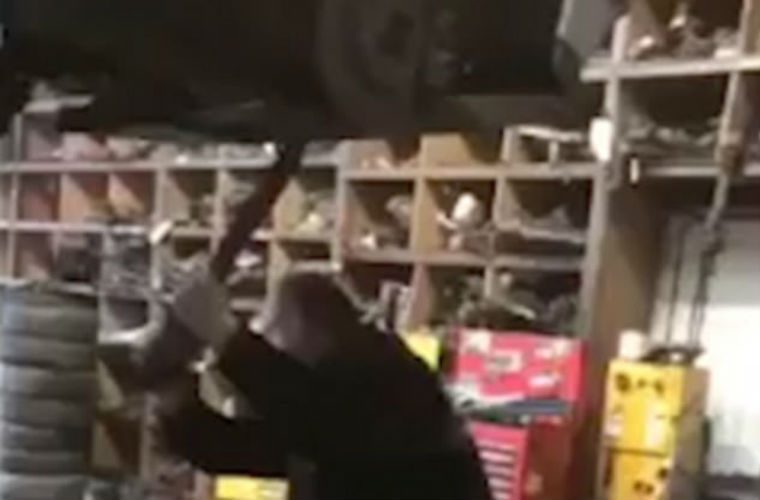 The video was uploaded to Facebook and shared on a mechanics group.

Video footage filmed at a garage in the Scottish Borders shows the awkward moment Logie Howie was injured while attempting to remove an exhaust pipe from a vehicle.

Logie was helping out at his friends garage and had been struggling to remove the exhaust when Gareth White began to film Logie’s struggles.

The rookie mechanic can be seen yanking too hard at the exhaust and is sent flying when the pipe is eventually released.

With the tool in hand and wedged between the exhaust pipe he pulls really hard – but the pipe breaks.

Gareth said: “He was pulling on a flexible part of an exhaust and he was pulling at it for ages so a decided to video him and by pure chance it broke.

“Upside down he went and cracked two ribs on the tyre changing machine.

“I couldn’t stop laughing at him.

“He got the wind knocked right out of him and could hardly speak.

“I took him to the hospital for a check-up and he was back out a couple of hours later with pain killers and had sore ribs for about two months after it.”