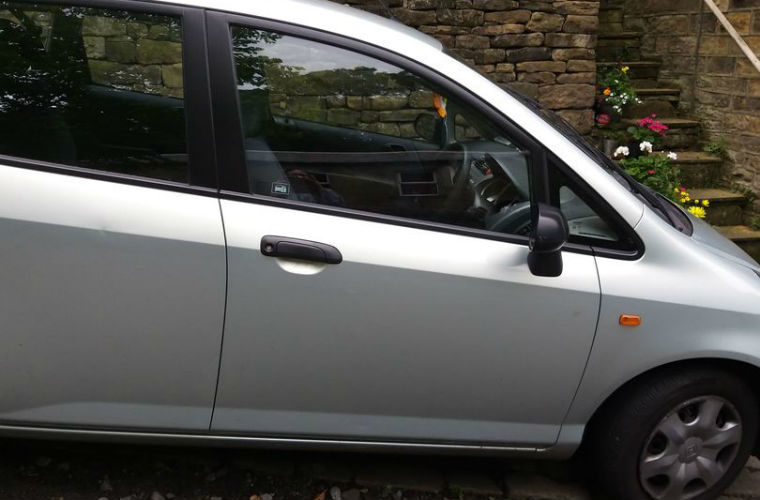 A driver in West Yorkshire was shocked to find her car jacked up and surrounded by men in hi-vis jackets jackets this week after she disturbed them while trying to steal the catalytic converter.

Irene Pirrera said she soon realised the men were up to no good when one apologised to her before they all fled.

She said: “I had just left work and was walking to the car park.

“I noticed my car was on a tilt.

“There were four or five men in their 20s.

“One of them said ‘sorry love’ and they sped off in a maroon-coloured car with the boot still open.”

Another woman who witnessed the incident gave chase in her car but gave up when the thieves jumped a red light.

Irene added: “They had hi-viz jackets on and looked official.

“It’s awful and such a strange thing to know they were taking the catalytic converter which I was told can be sold for £150.