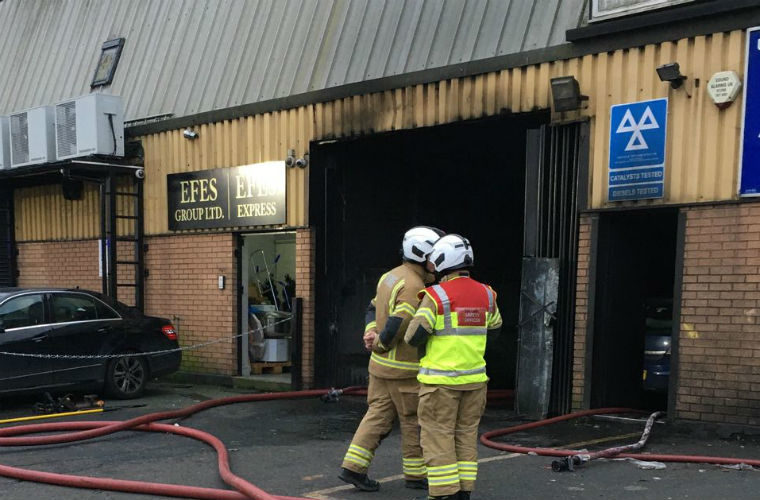 Most of the ground floor of the garage was damaged by the blaze, which was brought under control by 10.00am.

Eleven people were evacuated from an adjacent block of flats as a precaution.

The London Fire Brigade was called at 6.28am on Monday 6 January.

The cause of the fire is under investigation.