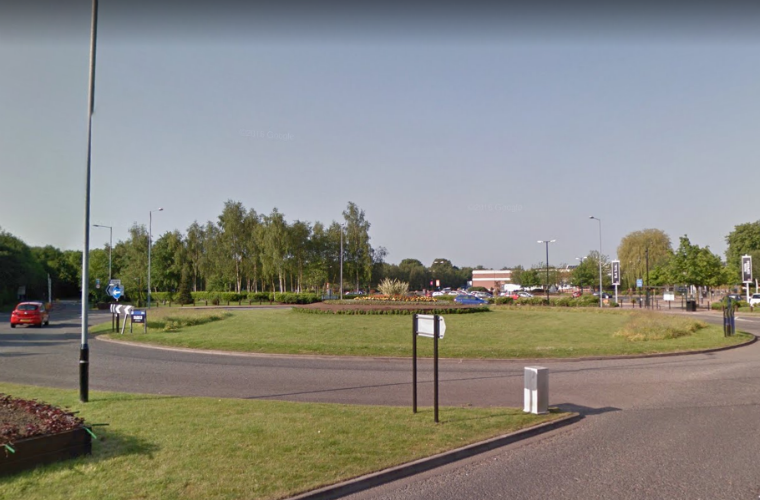 Caunt lay on top of the car while Atkinson drove it three times round the roundabout at the shopping centre end of St Nicholas' Avenue. Image: Google Street View 2016.

Two men from Selby have received driving bans after one drove a car with the other clinging onto the roof.

The video footage also showed a woman in the open boot who had a leg and an arm hanging out over the bumper.

Prosecutor, Joe Culley described how Atkinson had initially “sniggered” at the footage before accepting the severity of his actions and pleading guilty to dangerous driving and driving without insurance.

Caunt pleaded guilty to aiding and abetting dangerous driving and holding onto a vehicle in motion.

The pair were ordered to complete 100 hours’ unpaid work and to pay £85 prosecution costs as well as an £85 statutory surcharge.

Atkinson, who had a long standing application to the Royal Navy, was also banned from driving for a year and must take an extended driving test before driving alone again.