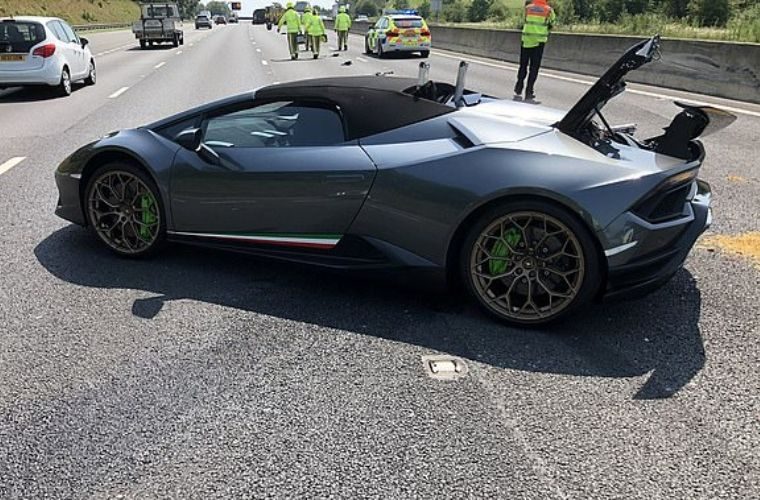 A brand-new £200k Lamborghini Hurracan was written off earlier this week in a motorway crash just 20 minutes after the supercar left the dealership.

An unknown mechanical failure suddenly immobilised the Lamborghini while it was in the outside lane of the M1 before a van crashed into the back of it at speed, reports suggest.

The impact caused severe damage to the brand new supercar.

The accident unfolded around 1pm on the southbound carriageway near junction 40 near Leeds, West Yorkshire.

“But on this occasion, a 20-minute-old, brand-new Lamborghini that stopped due to mechanical failure in lane three then hit from behind by an innocent motorist.”

A police spokesperson said the van driver suffered head injuries, but they were not believed to be serious.

0 0
Previous ArticleSmart charge alternators: everything you need to knowNext ArticleHill Street Garage thriving despite pandemic thanks to cloud-based software