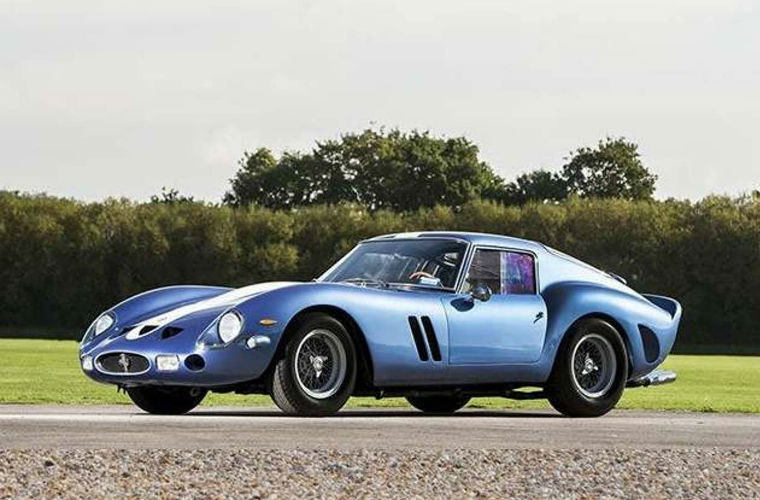 A UK classic car dealer is locked in a legal dispute with a US collector over the sale of one of the world’s most expensive and sought-after cars – a 1962 Ferrari 250 GTO.

The car is now at the centre of a row over its missing “unique and special” original gearbox.

Kensington-based Gregor Fisken, 55, bought the classic car from American lawyer Bernard Carl in October 2017, in a £37 million deal, marking one of the highest publicly verified prices ever paid for a car.

It was driven to first in class and second overall at the 1962 “12 Hours of Sebring” by racing drivers Phil Hill and Olivier Gendebien.

The company had a buyer lined up for the GTO and sold the car on the knowing that the gearbox was not with it.

But it says Washington DC-based Mr Carl had agreed to recover the gearbox from another US collector.

“Mr Carl refuses … and maintains that he has no obligation to do so.”

It was claimed that Mr Carl used “his best efforts to recover and deliver up the gearbox” when Gregor Fisken Ltd agreed to receive the GTO without it.

However, the court heard the parties fell out after Mr Carl located the gearbox and said the other dealer wanted $25,000 “release monies” to hand it over.

The dispute escalated with rows over who should pay for shipping and where the handover would take place.

Mr Carl claims he is under no obligation to deliver the gearbox after GFL refused his proposal that the company would collect it from California, and he now insists that Mr Fisken’s company has no “title” to the part.

At court he said that if the purchase agreement still exists, he is owed $500,000 on top of the sale price for his work in locating and obtaining the missing gearbox.

“From the beginning, the idea was that I would give him the car and the gearbox and he would give me $44.5 million,” Mr Carl told Judge Richard Pearce.

Mr Hooper said the gearbox was included in the original price.

The hearing is ongoing.