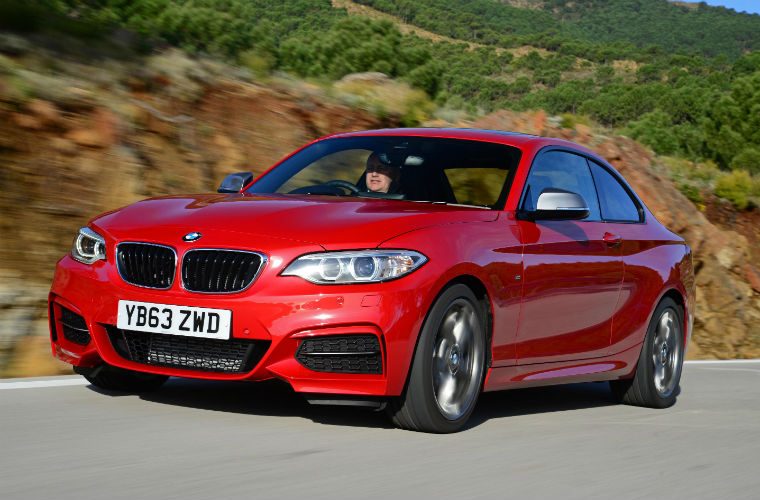 The BMW erupted into flames, minutes after the engine cut out by the M6.

The Daily Mail has reported a car salesman was left ‘feeling numb’ after his new BMW 2.20i Sport erupted into flames, minutes after being purchased from Moss Nook in Manchester.

The incident happened as Kevin Doyle, 58, was pulling on to the M6 and the engine cut out; he first spotted the flames when he lifted the bonnet to investigate.

“Within a minute, two minutes max, the thing was an inferno.

“It was incredibly quick,” said Kevin.

“This could have happened to a young family with two young children strapped in the back, I don’t think you would have got the kids out in time.”

He continued: “I just had a feeling of numbness and not believing what was going on.

“This was the sort of thing you maybe read about but you don’t ever expect to happen to you.

“I just couldn’t help thinking my daughter Jessica, who occasionally picks up vehicles for me, could have been driving the car and she might not have known to get out immediately.”

“The car was outside the showroom and all nice and clean and shiny, it looked very proper,” he added.

“I’ve been dealing with cars my whole working life, through pleasure and business, but I’ve never had anything happen like this before.

“It was quite daunting.”

Danny Cawley, manager at Cowley Motors, said he had contacted Kevin and that he cannot comment until BMW have finished investigating the fire.

Have you heard any crazy stories similar to this one? Tell us in the comments below.