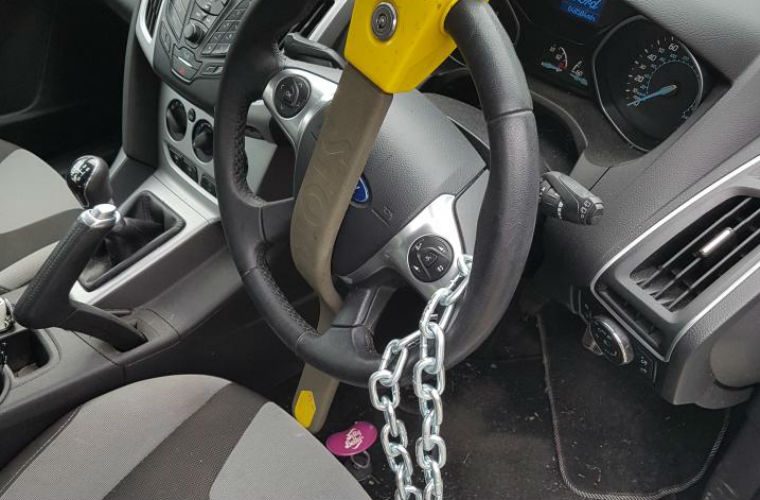 Matt's Ford Focus was stolen from outside his home and was later found without damage.

The extreme measures followed a recent run-in with thieves, which resulted in Matt Smith writing off his work van while trying to stop criminals driving off in his Ford Focus.

He said: “They got in the car without making any noise and I just saw them pull off.

“I jumped in my work van and I tried to cut them off but they got out in front of me.

“I took a bend too fast and hit a lamp post writing off my work van.”

Matt eventually got his car back after the thieves left it parked on a side street but to protect against a repeat of a keyless car theft, Matt now chains his steering wheel and manually immobilises his car every night.

He explained: “I put a big chain over the steering wheel and over the horn so if there’s any movement it will sound.”

The car wasn’t damaged during the theft and Matt believes the thieves has planned to pick the car up the following day.