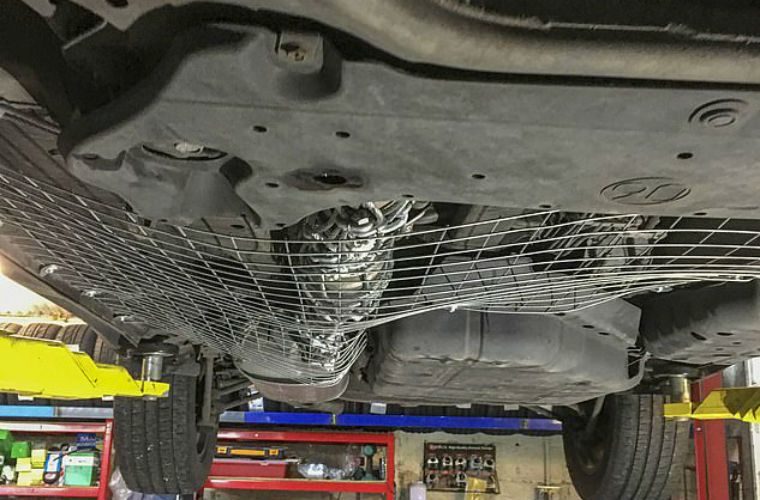 The owner of a London independent garage has taken to fitting ‘anti-theft’ devices in a bid to protect his customers from having their catalytic converter stolen.

He said: “We have fitted about 40 of the cages over the last eight months.

“They take about two hours to fit.

“It was just an idea I have come up with.”

It comes amid a 1,700 per cent rise in catalytic converter thefts in the worst affected areas last year.

In London last year there were 2,894 catalytic converter thefts compared with 1,674 the year before.