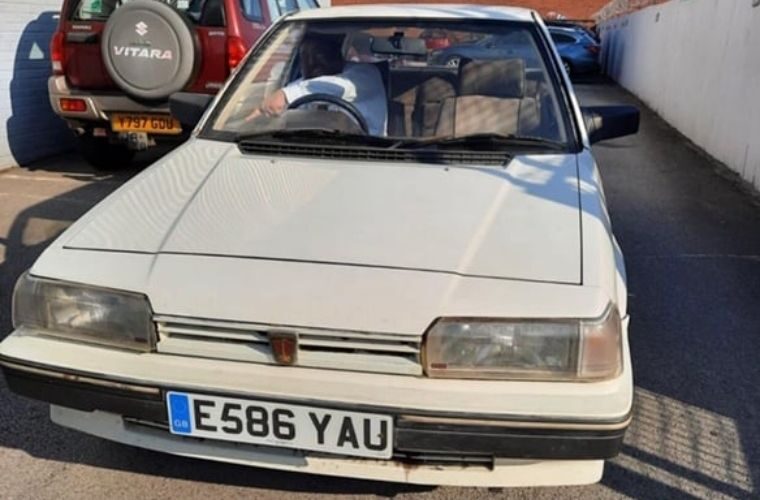 Classic car enthusiasts are praising a Mazda dealership for saving a Rover 216 from being scrapped.

The one-owner car, which was exchanged by a customer as part of Mazda’s scrappage scheme, was first registered in 1987 and had more than 402,000 miles on the clock.

The government officially ruled out a national scrappage scheme to boost new car sales earlier this year but some manufacturers are offering significant discounts for motorists trading in an older car.

Mazda is offering a saving of up to £4,000 on a brand new car in exchange for a car registered before 2011.

However, classic car fans on social media called on Beechwood Mazda in Derby not to destroy the Rover 216, prompting the dealership to donate the car to the Rover 200 Owners Club which is to restore it back to its former glory.

Rob Wood, Beechwood Mazda managing director said: “We were really surprised by the scrappage car offered, it looked in good condition and had covered an incredible number of miles.

“But under the scrappage scheme we have to scrap cars, and there are no exceptions to this.

“When we posted this on social media we were inundated with requests not to scrap the car.

“I had my technical guys take a look at it and they confirmed it was in good shape so we asked Mazda UK if we could change the terms of the sale to help save this classic, allowing us to give it a new lease of life.

“I am pleased to say the change was agreed and will shortly be on its way to the Rover 200 Owners Club for restoration and hopefully pride of place in someone’s collection.

“As a car retailer I feel we are responsible not only for selling new cars, but also preserving motoring heritage.

“We are pleased to have done our part to save just a little of British automotive history and I hope it goes on to be preserved for the future.”