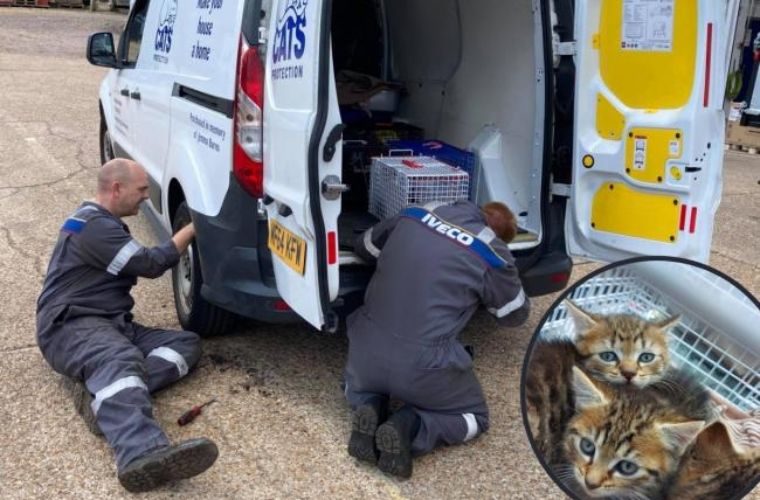 Iveco technicians were called on for help after a kitten crawled into a vent behind the bumper of a Cats Protection van.

Cats Protection volunteer Marco Coco Antonia was out trapping feral cats across Southampton to bring them in to be checked over.

Marco had caught a small group of kittens and while transferring them from the trap into a crate but one managed to get itself stuck.

The volunteer called on the nearby workshop for backup.

The technicians removed the rear bumper to free the kitten.

Carolyne Kemp from Cats Protection in Southampton said: “Volunteer for Cats Protection Marco Coco Antonia had been out trapping feral kittens, when we transfer them from a trap into a cage we do this in the back of our van.

“So we asked called on the lads who work at Iveco in West End for some help.

“After examining the van it was decided to remove the rear bumper to gain access to the vent, two big soppy mechanics set to work and managed to release the kitten unharmed.”