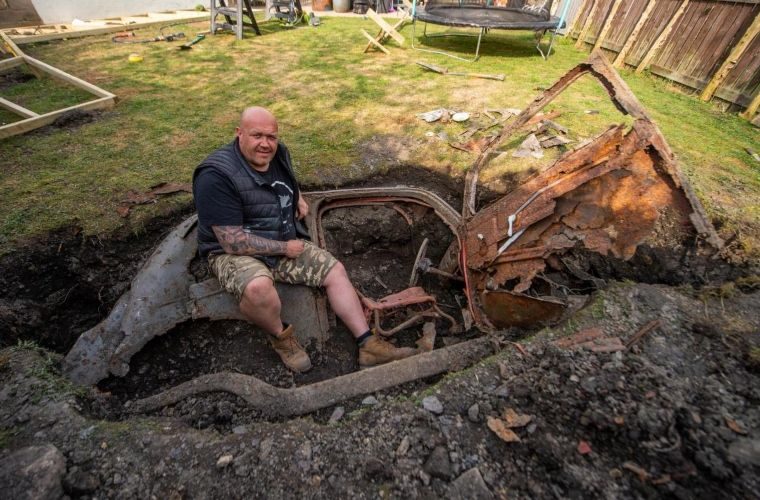 The mystery behind a 1950s Ford Popular 103E which was discovered buried in a garden in Heckmondwike, West Yorkshire has been solved.

The car was uneathered by John Brayshaw just inches beneath the surface of his lawn while gardening in lockdown.

It was buried there in 1964 by previous home owner Harold Lyles because it was too expensive to repair or tow away, The Telegraph and Argus has reported.

John said: “It’s absolutely fantastic to have the answers to the mystery. I’m over the moon to have found the car and put a story to it.

“It’s amazing that his family is still around and I’m glad they have got to see this.”

WW2 veteran Harold’s son Nigel got in touch with John after recognising the car on the news and revealed that his father had buried the car in the garden.

He said that Harold, a former electrician, had bought the car when it was just three months old in 1958 for his wife Margaret, but she hated it.

Harold drove it for six years until a a mechanical failure proved too expensive to repair and he was told it would cost to have the car taken away for scrap.

He left it in the garden, where his two sons used it as a play den for a while, before deciding to turn into a time capsule and burying it.

Inside the car, he left a 1940s valve radio with artefacts of the time including milk bottles and a medicine bottle had been used to store paraffin.

Harold, who lived at the house from 1964 until his death 1987 told his sons he hoped they would be of interest to whoever found it.

John added: “If it wasn’t for the lockdown, I would take all the parts round to her so she can see it.

“But she has seen photographs of it and her family said she it put a lump in her throat.”