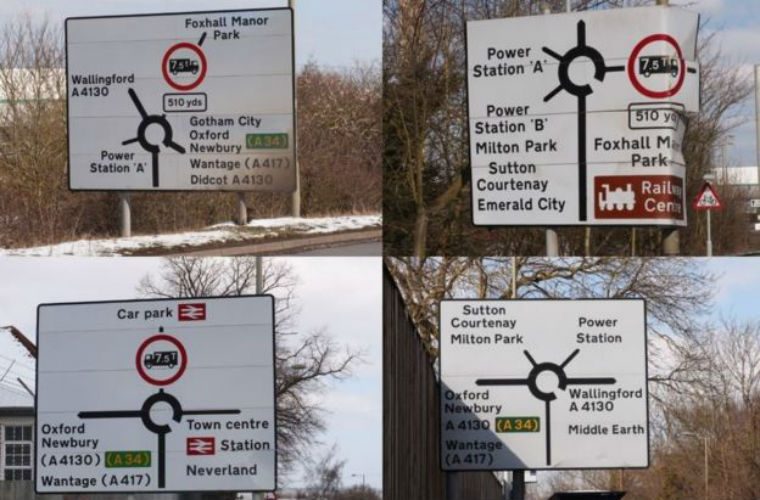 The local authority said the signs posed a threat to road safety.

Fictional place names including Narnia, Gotham City and Neverland have been removed from road signs in Didcot, Oxfordshire.

The amusing destinations, which also included Middle Earth and Emerald City were removed by Oxfordshire County Council to prevent drivers from being distracted.

The authority originally said it would prioritise road repairs, but a maintenance team on a “post-snow sweep-through”  recently took the opportunity to remove the bogus lettering.

A spokesperson said: “They had to come off.

“We have to take a tough line on unauthorised signage as there is good evidence drivers do get distracted.

“Safety is an absolutely priority.”