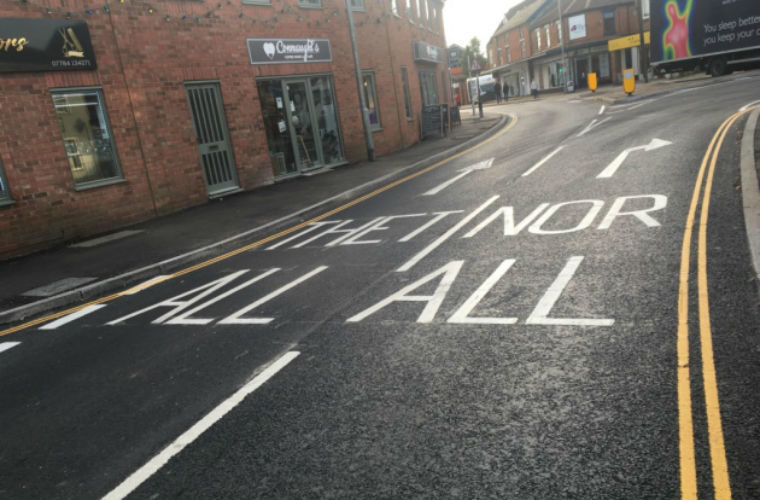 Drivers were left confused when a Attleborough road reopened following two months of roadworks with road markings that read ‘THET ALL’ and ‘NOR ALL’ on the Thetford and Norwich-bound A11 carriageways.

A spokesman for Norfolk County Council confirmed there had been a “minor misprint” on the junction surface, but reassured people in the town that corrections would be completed in the coming weeks at no cost to the taxpayer, and would not require further road closures.

They said: “The improvement works at the junction of High Street and Exchange Street, which form part of the ongoing Transport for Attleborough project, are now largely complete.

“The junction opened to traffic on Monday morning.

“We still need to carry out some minor additional works, but the junction is operating well.”