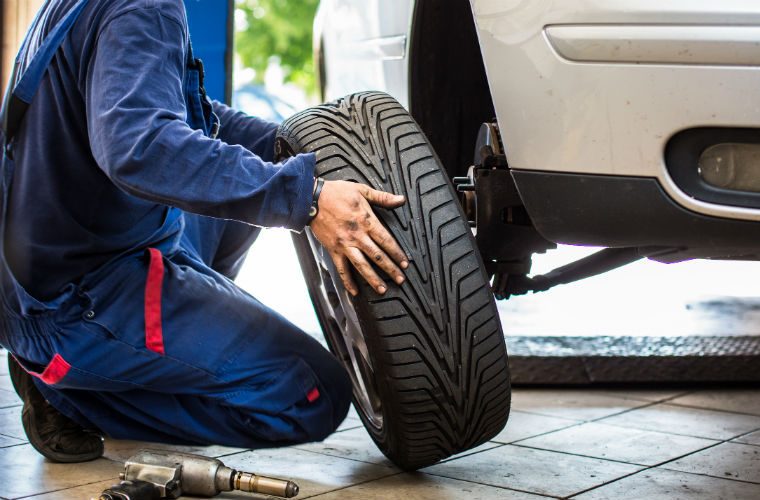 The National Tyres Distributors Association (NTDA) has called for a ban on the sale of all used tyres.

While 65 per cent of motorists admit to buying part-worn tyres as they are the cheapest option, sometimes costing as little as ten pound where new tyres which can cost over £40 each, the NTDA has said that part worn tyres may pose a serious threat to road users.

More than forty per cent of vehicle defect-related deaths in the UK during 2015 were caused by illegal, defective or under-inflated tyres, and part worn tyres may come with serious safety breaches such as dangerous or unsafe repairs, exposed cords, bead damage and runflat damage.

Chief executive of the NTDA, Stefan Hay, said: “It’s incredibly alarming that so many motorists are choosing to purchase part-worn tyres because they are cheap, despite the distinct possibility that these could be illegal, putting themselves and other road users’ lives in grave danger.”

According to the NTDA, a typical part-worn tyre will have around 3mm of tread, providing around 4,000 miles of motoring before it reaches the legal minimum of 1.6mm, whereas a new tyre with 8mm of tread will provide 18,000 miles before reaching the minimum thickness.

This means that drivers who exclusively buy part-worn tyres will end up paying more, as they are legally required to replaced them 4.5 times more on average than those who buy tyres new.

A study by TyreSafe found that 98 per cent of used tyres were not correctly marked as ‘part worn’ while 16 per cent had not been repaired to the required standard; a further two percent still had an object penetrating the tyre.

“The current regulations are not working and we are seeing more and more illegal tyres being fitted to cars as drivers are swayed by cost alone.

“That is why we are calling, in the absence of greater enforcement of the regulations or an effective form of industry self-regulation, for a complete ban on part-worn tyres.

“Unless drastic action is taken now we are going to see the casualty and death toll rise as a result of illegal and defective tyres.”

Do you sell part-worn tyres? Do your agree with a complete ban on the sale of part-worns? leave your comments and experiences below.