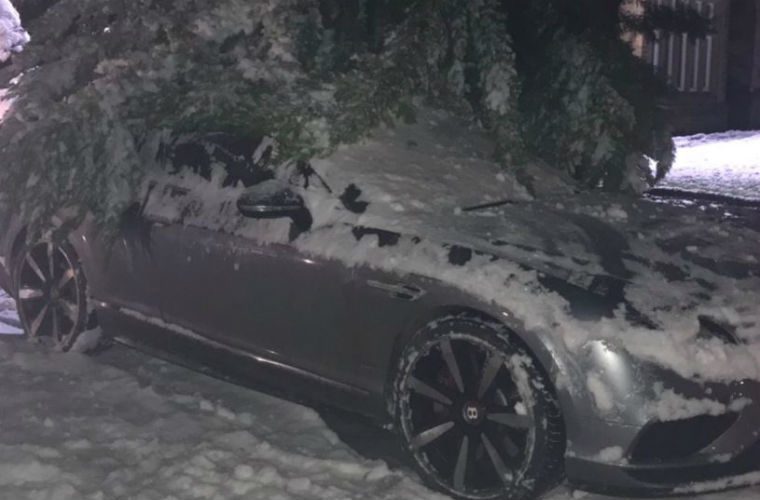 The ex-footballer woke up to a shock. Image: Twitter/@themichaelowen.

Footie legend turned sports pundit, Michael Owen had a rude awakening when he discovered his £100,000 Bentley covered in snow and part of a tree, reports The Sun.

The former Liverpool, Newcastle and Manchester United player thought he had beaten the elements when he had parked his ride under the tree for shelter, before discovering his mistake at 5.30AM on his way to work.

“Thought I was clever sheltering my car from the snow.”

Not ideal at 5:30am when you’ve got a train to catch! Thought I was clever sheltering my car from the snow! ?? pic.twitter.com/9Oqz8UxiPR

The tweet which garnered 1,500 likes and almost 200 retweets also caused for some fans to respond with hilarious comebacks.

Wouldn’t mind 1 of those under my ?

Tree: Ran over a Bentley. Devastated.