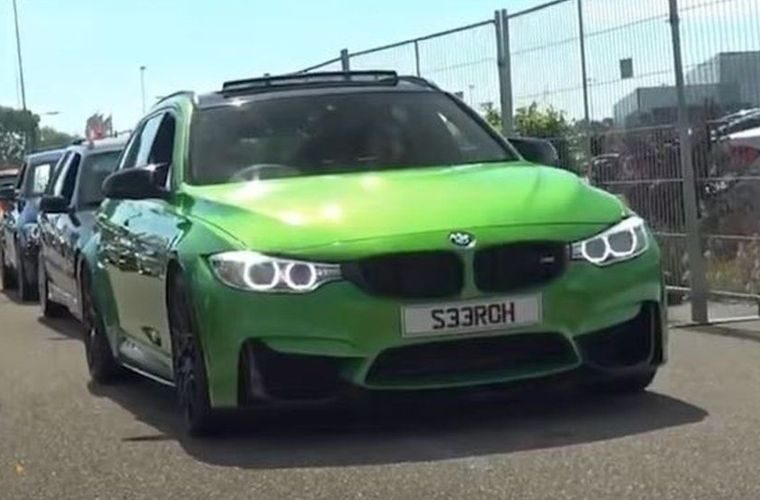 A BMW that had been bodged together from “at least” four different cars has been crushed after traffic officers from West Midlands Police stopped it in Birmingham.

The car, which appeared to be a BMW M3 estate, was a model variant never produced by BMW.

Parts were traced to one BMW M3 stolen on 30 September 2019 from a car showroom in All Saints, Wolverhampton, and another M3 stolen on 20 March 2018 in Sutton Coldfield.

Police described the car as a “death-trap botched together from at least four cars”.

PC Mark Wheaver added: “This BMW looked great on the outside, you can’t fault the paint job, but scratch beneath the veneer and it was just tag-welded and structurally unsafe.

“A coat of paint won’t save your life in a collision.

“Whoever had bodged this car together had gone to significant lengths to try and hide its true identity.

“Numbers had been ground off and stickers removed but we have expert vehicle examiners who use techniques to overcome these obstacles.”

The illegal vehicle was shredded at a specialist scrapyard, added the force, urging buyers to be vigilant for cloned cars on the market.

Related: Car dealer ordered to pay out thousands over Focus that leaked exhaust fumes into cabin

“One of the most important messages to still remember is ‘if it looks too good to be true, it probably is’.

“Ask yourself ‘why is such a good-looking car such an attractive price’?”