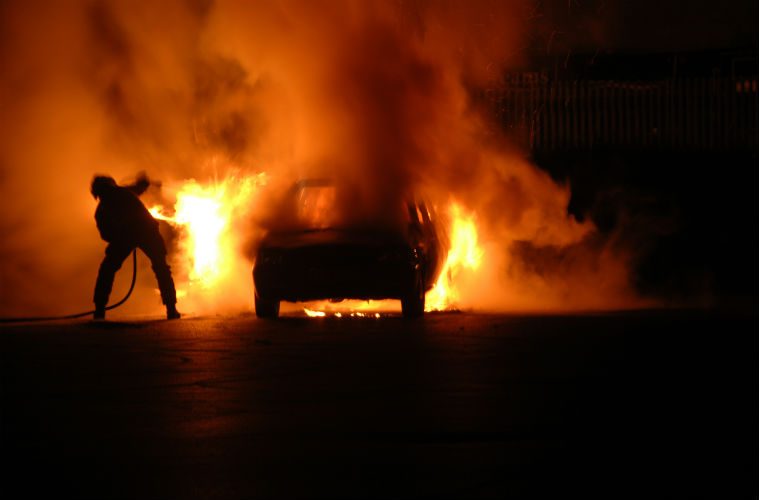 An investigation has been launched after a “terrifying” blaze ripped through a Pontypridd repair shop.

Witnesses reported hearing explosions and homes were evacuated from Pentrebach Road and Graig-Y-Helfa Road as a precaution.

Witness John Paul Davies told BBC Radio Wales: “There was debris coming from the smoke itself, hot ash kept landing on me – I’ve got a hole in my t-shirt,”

“It was very surreal, not something you would see every day but terrifying at the time.

“It was a nastier smell than rubber, the smell can’t be explained but it wasn’t very pleasant, let’s put it that way.”