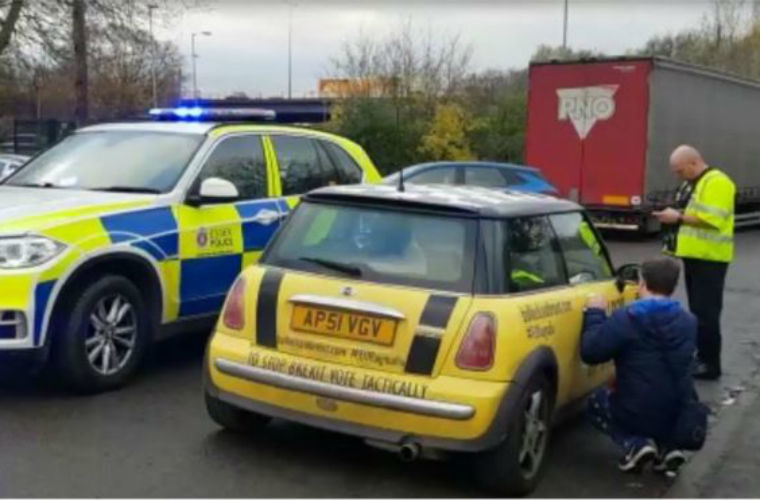 Essex Police officers have pulled over a car and “ordered” the driver to remove a “B******s to Brexit” bumper sticker, it has been claimed.

Two anti-Brexit campaigners say they were pulled over on to the hard shoulder of the M25 where police told them to remove the slogan.

Passenger Peter Cook said the officer was “extremely aggressive” towards them.

Peter said: “He said it [the slogan] was a public order offence, he insisted we remove the signage on the hard shoulder of the M25.”

Essex Police said the force was trying to establish what happened.

An Essex Police spokeswoman said: “We are trying to identify the officer from the video footage to establish the circumstances around what happened.

“In the meantime, we would encourage the driver to get in touch with us.”

Have you come across any amusing bumper stickers on a customer’s car before? Share your best bumper stick one-liners in the comments below.