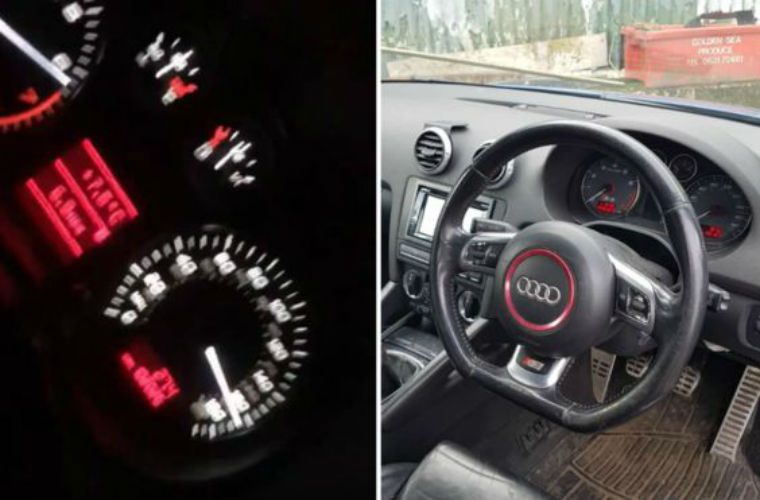 A driver held on suspicion of dangerous driving and later released under investigation has had his vehicle seized after speeding at 170mph and uploading the footage to Facebook.

Derbyshire Police spotted the video of an Audi S3 “screaming its guts out” on the A38, near Egginton in Derbyshire.

Its roads policing unit said: “the temptation to show off got a little too much”.

The police unit wrote on its Facebook page: “We’ve all got one of those ‘friends’ who likes to post to show off and just loves attention.

“Driving like this isn’t funny and it isn’t clever.”

In December, the same man claimed on Facebook police had to drive at 155mph to “catch up” with him in a separate incident.

A police spokeswoman said on that occasion, officers spoke to the man for “driving anti-socially” and handed him a vehicle seizure warning.