New research has revealed the true extent of how dirty UK car interiors really are and how many drivers are allowing bacteria to multiply.

An experiment conducted by auto retailer Motorpoint, which involved taking swabs from 20 separate areas of the interior.

Using agar filled petri dishes, each sample was left for five days before analysis revealed which areas had the most bacteria. 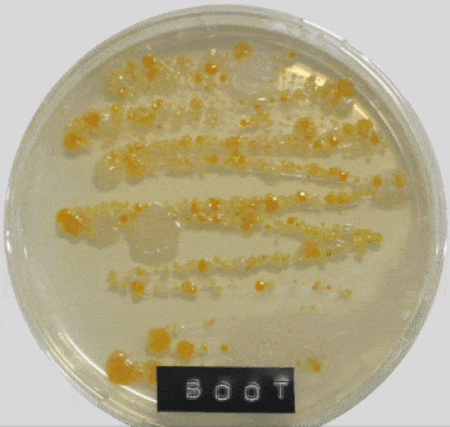 Bacteria growth taken from a sample out of a boot.

The areas with the most visible bacteria were the boot, driver footwell, seatbelt and handbrake.

The cleanest areas turned out to be the rear-view mirror, steering wheel rim and gear stick.

Alison Weatherley, head of marketing at Motorpoint, said: “The results were quite revealing and showed that maybe we need to clean our cars a little more often that we currently think is acceptable.”

Research suggests that on average, British drivers clean the outside of their car eight times a year, or approximately every six weeks, but the interior every five.

How often do you get a dirty car in your workshop? Share your experiences in the comments below.