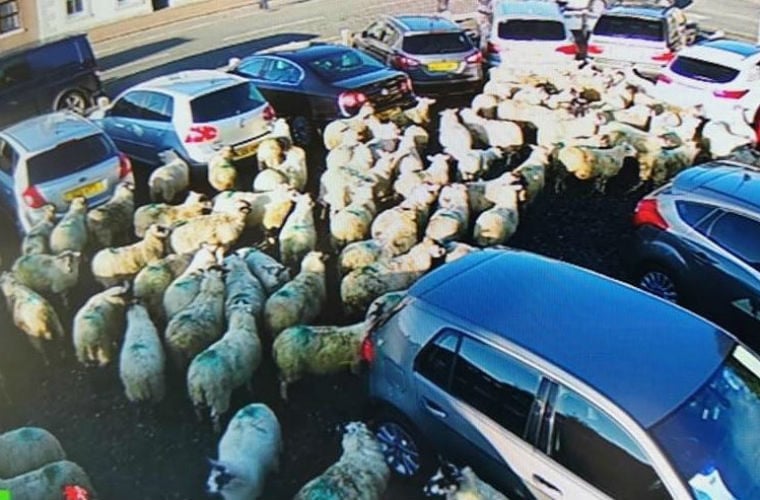 The owner of a Carlisle garage found himself helping to herd around 170 sheep into his forecourt after a tractor trailer toppled over.

Mark Crosbie of Belle Vue Motors rushed to the aid of a farmer and his injured sheep on Wednesday.

He said: “There was a loud noise.

“An hour earlier and there would have been children walking along that stretch of road on their way back from school.

“A man was walking his dog there just seconds before.

“And a customer from London, who had come to pick up his car, was close by checking insurance documents in his car.

“There is often queuing traffic at the junction outside our garage and I firmly believe if cars had been queuing there then they would have been squashed.

“The weight of the trailer toppling over is likely to have been about 15 to 20 tonnes.

“It could have been a whole lot worse”

“There could have been fatalities.

It could have been a whole lot worse.”

The road was closed while the injured and deceased sheep were removed from the trailer.

“The others were put on my station forecourt.

“They were in shock.

“The vet came to assess the injured sheep and a sheepdog eventually rounded them up and walked them up the road to the veterinary practice.”

Cars that had been valeted have had to be cleaned again.

A BMX X-5, belonging to Mr Crosbie’s business partner is currently being assessed by an insurance firm.