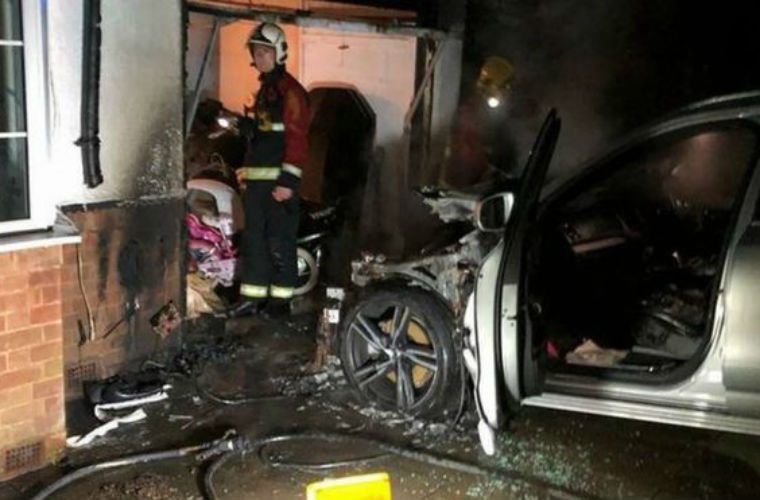 The garage door suffered smoke damage and the bay windows at the front of the house buckled. Image: Miles Freeman.

A Birmingham family have been left devastated by the damage caused to their home after their Volvo XC90 plug-in hybrid became engulfed in flames while charging on the drive.

Miles Freeman and his fiancee Tanya Krupenko’s managed to evacuate their three children without harm before calling the emergency services.

The couple immediately evacuated their three children and called the emergency services.

Mr Freeman had returned to his home with his family on Sunday evening when he put the car on charge.

Later that night, he and Miss Krupenko were in the kitchen when she heard the car alarm going off.

Mr Freeman said: “She went to look outside and then shouted that the car was on fire.

“My instant reaction was to get the car away from the house, but it was too intense.

“We managed to run across the driveway, and fire fighters were there in about five minutes.”

Mr Freeman said he called Volvo’s emergency number immediately, and has contacted them regularly since the fire but says he’s been disappointed by the company’s response.

A spokesman for Volvo said: “At Volvo Cars, safety is at the core of everything we do.

“We are in regular contact with Mr Freeman regarding this incident and an inspection of the vehicle will take place shortly.

“We have arranged a loan car for him in the meantime.” 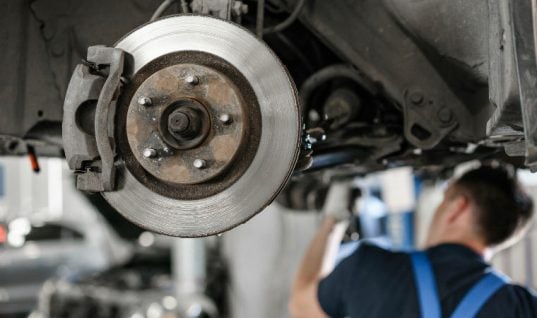