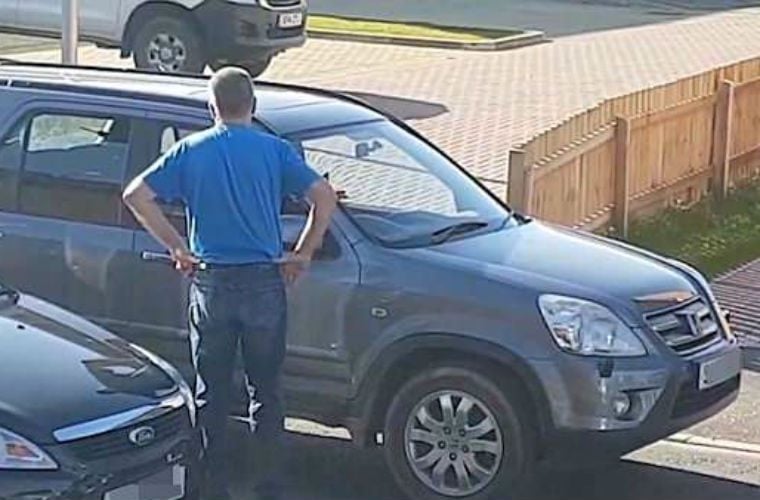 Eventually officers arrived at the scene and resolved the stand-off without making any arrests.

The driver of a Taxi and a Honda brought a quiet suburban street in Fife to a standstill during a 30 minute stand-off, caught on camera and brilliantly commented by onlooker, Gary Evans.

Either of the two drivers needed to reveres just a few feet to let the other pass but both refused to move.

A heavily pregnant woman and her children were forced to abandon the taxi.

The duel attracted attention of local residents who gathered to see who would eventually back down.

At one point, the taxi driver is seen to have got out of his car to voice anger to the other motorist.

Garry, an operations manager and security guard, said: “It was the ultimate test of masculinity.

“We were just bewildered and bemused by it all, but it was funny.

“When the police turned up, the taxi driver started arguing with them and the officer just said ‘if you don’t move you will get arrested’ and then he scarpered.

“It’s not very often we get something exciting happening around here.

“I could have intervened but it was my day off and I was having too much fun with it.”

A Police Scotland spokesperson said: “Police in Fife were called to the area of Dunfermline at around 5.30pm on Monday 30 April following reports of a road traffic dispute.

“Officers attended and the matter was resolved peacefully.”