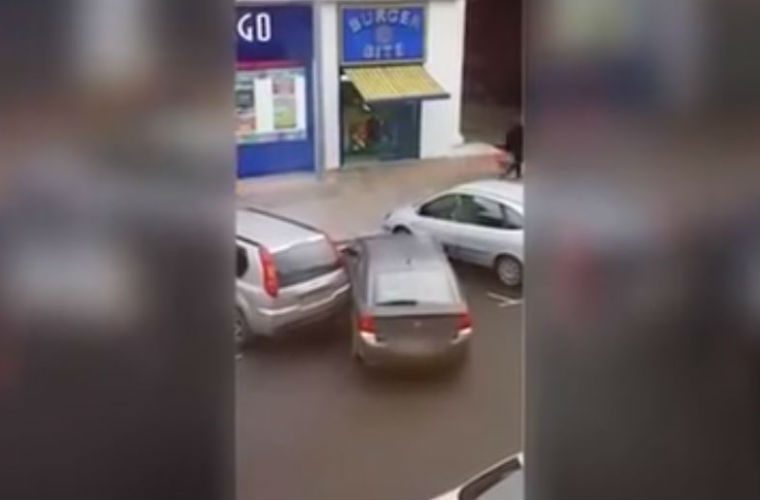 The embarrassing incident was captured by a bystander at a local cafe.

Stunned onlookers watched as the driver of the grey Vauxhall Vectra was unable to manoeuvre the diagonal parking lines, after approaching the space at the wrong angle.

The scene was captured by Tony Roberts, who said: “She drove to the dead end, turned around and then proceeded to try to park from the wrong angle.

“As you can see the bays are designed to be driven straight into and then reverse out.”

Tony, who also posted the video to Facebook, commented: “Saw this in town today, she drove off after damaging the guys car, I left a note for him, he has the video evidence now.”

Is this the worst parking fail you’ve ever seen? Share your experiences with us in the comments below.

0 0
Previous Article2017 in pictures: the biggest industry headlines of the yearNext ArticleMOOG wraps up another year in NASCAR with Whelen Euro Series