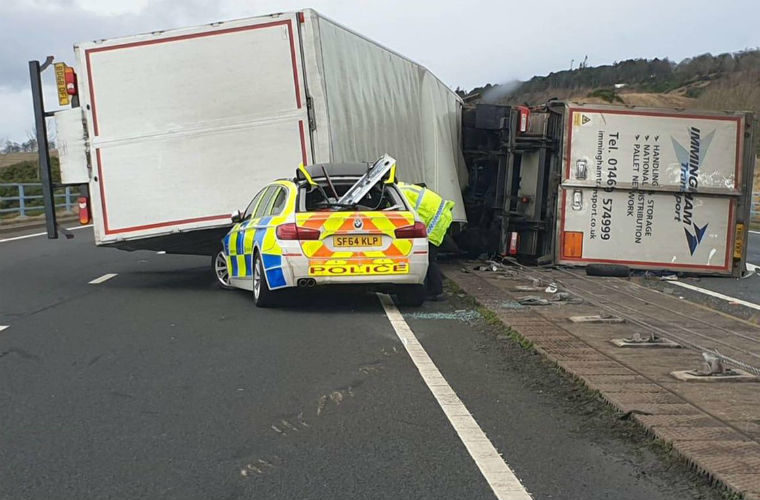 A policeman has had a lucky escape this week after a lorry toppled onto his patrol car in high winds.

Sergeant John Easton was attending another HGV that had blown over on the bridge on the A1 near East Linton, East Lothian.

He had checked on the driver and returned to his vehicle on Tuesday morning when another passing lorry blew over onto his car.

He said: “As I was speaking on the radio the lorry started to fall over on to my car.

“I took a deep breath, got out, and checked that the driver of the lorry that had hit my vehicle was okay before radioing for more assistance.

“Colleagues quickly arrived to help at the scene and we closed the road at the bridge.

“It could have been much worse but fortunately I walked away unscathed.”I certainly won’t forget why it’s called the ‘Windy Bridge’ now.”

No one was seriously hurt in either incident.