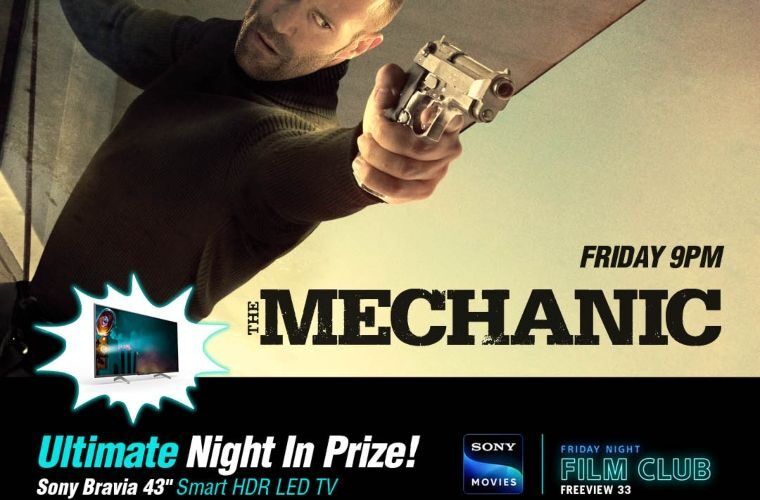 Fancy watching your favourite films on a brand new TV? Draper Tools has teamed up with Sony Movies’ Friday Night Film Club to bring you the ultimate night in prize.

The two brands have joined forces to offer you the chance to win a Sony Bravia 43″ Smart HDR LED TV – enter here.

Did you know there’s a great film on every Friday night at 9pm on Sony Movies’ Friday Night Film Club (Freeview 33, Sky 321, Virgin 425, Freesat 302)? This Friday’s film is The Mechanic.

That’s not all, it wouldn’t be the ultimate night in without a takeaway would it?

This weekend, Draper Tools has a £25 Just Eat takeaway voucher to be won on its social media channels.