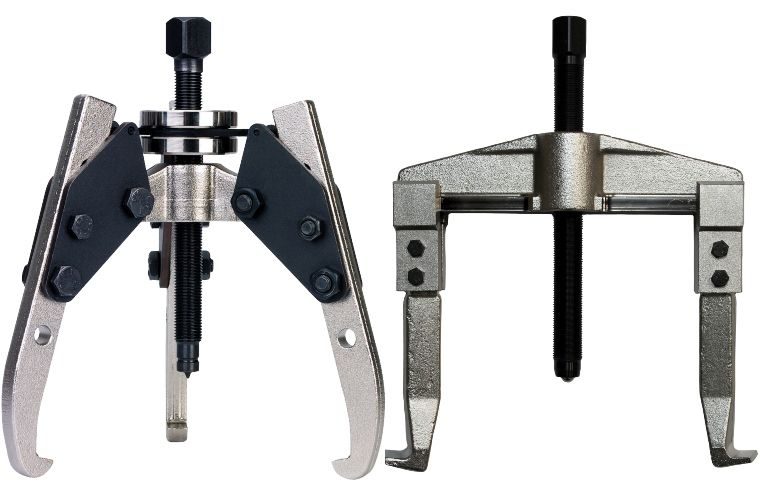 Sykes-Pickavant is this month promoting new additions to its range of pullers.

The jaws are connected by a self-centring mechanism for simultaneous movement, improving the placement of the puller on the work piece if in an unsuitable position.

The device has safety in mind by preventing the jaws opening past the recommended opening distance.

When a puller is opened beyond this distance, the work piece may be released or the puller could become broken.

Two and three-jaw self-centring pullers are available from Sykes-Pickavant starting from £139 + VAT.

Reversible leg pullers are available from Sykes-Pickavant from £75.53 + VAT.