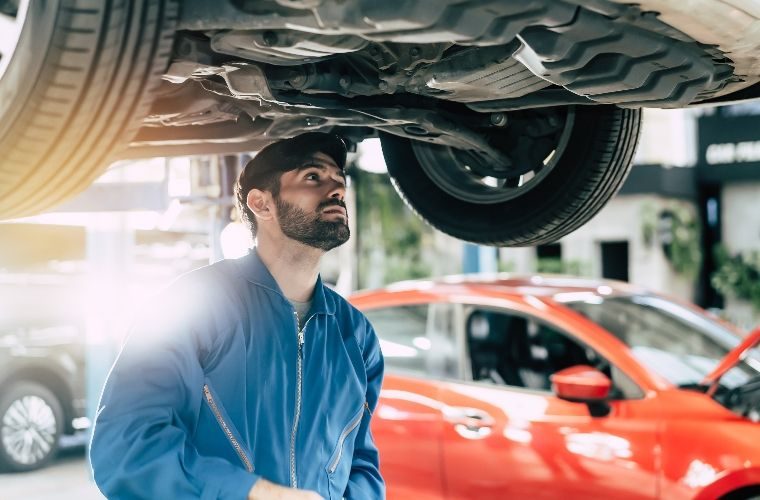 With the entire UK now back under some form of lockdown, independent garages across nation remain open and are continuing to deal with a backlog of MOTs.

Stuart James, chief executive of the IGA said: “We thank the government for their clarity on this matter.

“Garages are still busy catching up with the backlog of MOTs that the extension caused earlier this year.

“Now independent garages can continue to do what they do best – keep their customers safely on the road while providing outstanding value for money.”

The DVSA has declined to answer GW questions about a possible reintroduction of an extension to MOT expiry dates, as was seen during the UK’s initial lockdown earlier this year.

Such a move “would only cause confusion among consumers and put law-abiding vehicle owners at risk of significant fines by leaving cars unchecked,” Stuart warned.

This autumn’s MOT demand – a result of the six-month MOT exemption introduced during the UK’s spring lockdown – was forecast to reach its peak in November.

Many garages have reported that it’s currently ‘business as usual’ and ‘busier than ever’.

Commenting on Facebook, Sean Savage said: “I wish they would give another six months to be fair to get everything back in line, [otherwise] this time every year is going to be unmanageable.

“Something will need to be done long term, I’ve never turned as much work down as I have in the last four weeks.”

Others are now once again starting to report some job cancellations and preparing for work to tail off.

In an email sent to workshops this week, CEO at LKQ Euro Car Parts, Andy Hamilton said: “We know our trade customers can remain open and operational throughout the next four weeks, and as per the last lockdown, our branch network will continue to open as usual, to support you.

“We know it’s set to be an incredibly busy time for you, particularly as we’re expecting a doubling in normal MOT demand, with four million tests set to take place during November.

“Our teams have been working hard to make sure you have everything you need from us to meet this demand, whilst keeping our colleagues and our customers safe.”

Initially extended until 2 December 2020, The Coronavirus Job Retention Scheme (CJRS) will now run until the end of March 2021 with employees receiving 80 per cent of their current salary for hours not worked.

Employers will only be asked to cover national insurance and employer pension contributions for hours not worked.

Similarly, support for millions more workers through the Self-Employment Income Support Scheme (SEISS) will be increased, with the third grant covering November to January calculated at 80 per cent of average trading profits, up to a maximum of £7,500.

Lockdown latest across the UK

The latest restrictions in England, which came into force yesterday (Thursday 5 November), require people to stay at home, except for specific purposes and has forced certain businesses and venues to close.

Those ordered to close include all non-essential retail, including, but not limited to clothing and electronics stores, vehicle showrooms, travel agents, betting shops, auction houses, tailors, car washes, tobacco and vape shops.

People from areas under level 3 restrictions – more than half of Scotland’s 32 local authorities – have been told to make only essential journeys outside their council area.

Wales is under lockdown until Monday 9 November which has also forced the closure of non-essential businesses.

How’s business at your garage? Share your comments and experiences below.