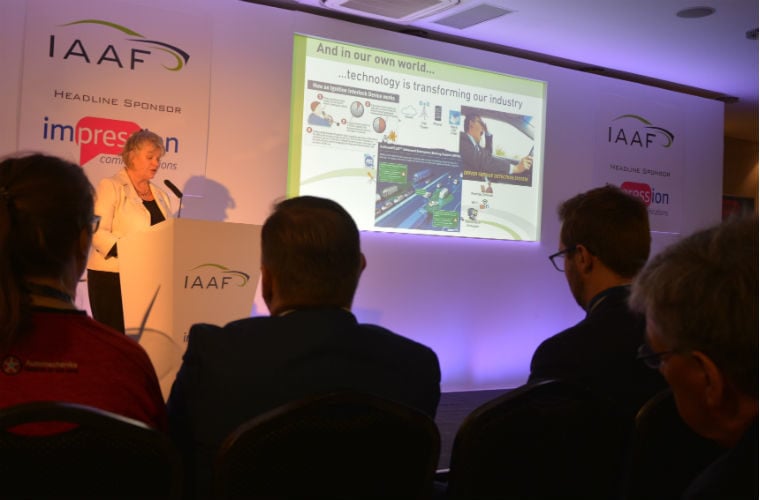 Held for the third year running at DoubleTree by Hilton, Milton Keynes, Wendy Williamson said that while “the threats are numerous” and “legislation somewhat scant”, the independent aftermarket “will find new ways, to fit the parts and supply the tools and equipment to service maintain vehicles of tomorrow”.

“Technology is transforming our marketplace”

She added: “Technology is transforming our marketplace and many of the traditional parts sold today won’t even be on a car of the future.

“Many of today’s parts will follow the same path as the manual choke and will be destined for the bin.”

Among the list of speakers yesterday, Andy Hamilton, CEO of Euro Car Parts, championed the success of independent garages but added that the aftermarket must act now in order to compete with main dealers who are increasingly directing vehicle owners back into their own networks.

Andy described a ‘digitalising the last mile’ concept which would see the electrification of paperwork and outlined a ‘fit for me’ proposition, which promises to route members of the public purchasing parts online back into the workshop for professional fitment.

Hayley Pells of Avia Autos, winner of Garage of the Year 2019, discussed the challenges faced by garage owners and suggested that more independents need to look at the opportunities presented by new technology, while calling for further parts, equipment, training and data support from the aftermarket.

With a nod to the environment, Hayley added that the aftermarket as a whole should be promoting the upkeep of existing cars, rather than buying new.

Head of repair sector service at Thatcham Research, Dean Lander addressed the challenges that are facing the industry with the growth in ADAS, referencing the capabilities of ‘Kit’ from 1980’s drama Knightrider as a surprisingly accurate portrayal of today’s vehicles.

Such advancements, he added, require professionally trained “engineers”, not “buffoons” of the type that serviced ‘Herbie’ as showcased by Walt Disney in the 1960’s.

Alistair Preston, co-founder of Whocanfixmycar.com, later explained how the internet is transforming the way in which customers are finding workshops to service and repair vehicles.

“In the future we may see fewer independents but they’ll be the forward-thinking ones,” he concluded.

The conference also heard an update from the Department for Transport on current legislative matters in the UK, along with an update from Neil Pattemore of FIGIEFA on the latest technological threats and challenges in the EU and how this will impact the aftermarket.