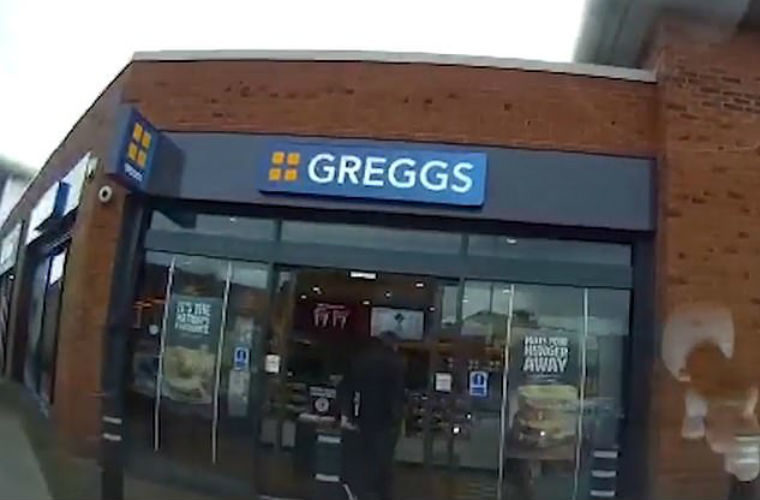 The customer's car is left parked in a disabled bay while the apprentice and mechanic get their lunch.

The owner of Causeway Garage in Gateshead claims to have sacked his apprentice and issued a final warning to another employee after a customer discovered the pair had taken his car to pick up lunch from Greggs.

The owner of the Fiat Punto made the discovery while reviewing footage caught by his dashcam.

During the video, one of the technicians can be heard saying “feel the power, feel the f*****g roar” before noticing the dashcam and adding “he’s got a dashcam, he’s probably hearing everything we’re saying…he’s seeing us getting our dinner”.

The car was left in a disabled parking space while the pair went into Greggs.

“They decided to kill two birds with one stone”

A spokesperson for the garage said: “The lads went on a test drive with the car and they decided to kill two birds with one stone and go and get their dinners.

“When I saw the dashcam footage I pulled the lads into the office and went ape with them.

“The apprentice has been sacked because of his attitude and the mechanic is on a final written warning and he is not allowed to do test drives anymore.

“I have offered to do other work for the customer and not charge him for labour, I think he is looking for something for nothing.

“We are gutted that this has happened”

“We have built this business up for many years and we are gutted that this has happened through no fault of management but down to individual staff.”

Owner of the Punto, Carl Ivers said: “It took two to do a test drive and they didn’t have their seat belts on as you could hear constant bleeping on the dashcam footage.

“They hammered over speed bumps and it appears they were speeding in a 20 mile an hour area, they didn’t even slow down when they went over the speed bumps and you can hear my car hit off them.

“They parked in the disabled bay and they didn’t have a blue badge so I could have got a fine.

“I rang the garage and went off it with them.”