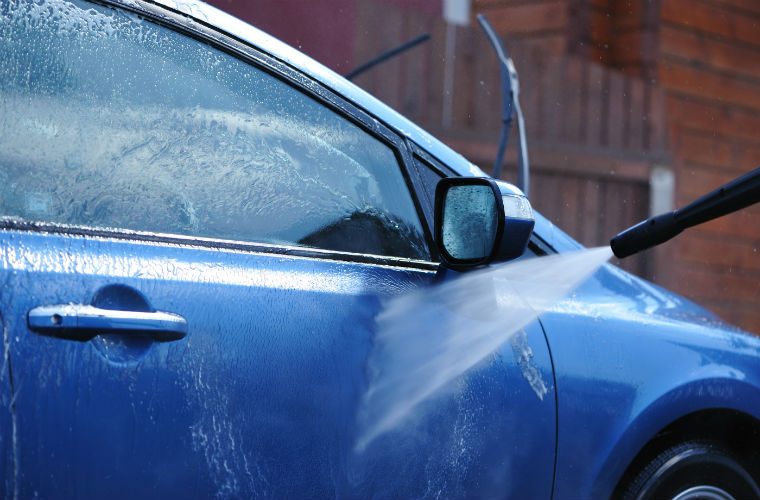 It is estimated that there are more than 18,000 hand car washes on Britain’s high streets, at the sides of motorways, and on abandoned garage forecourts. Image: Bigstock.

Motorists are being encouraged to report signs of modern slavery by answering a series questions on a phone app, including if they paid less than £6.70.

Safe Car Wash determines indicators of forced labour including the use of children, fearful behaviour, a lack of protective clothing and prices lower than £6.70.

The app, which was made available to download yesterday (June 4), sends the anonymised data and a GPS position to the National Crime Agency (NCA) and the Gangmasters and Labour Abuse Authority (GLAA) and directs users to the Modern Slavery Helpline.

The Car Wash Association (CWA) has welcomed the Churches’ new Safe Car Wash App launched this week, but said this will not alone prevent modern slave masters exploiting slave workers and breaching a whole series of legal requirements that businesses should follow.

“Agencies have turned a blind eye”

Brian Madderson, Chairman of the Car Wash Association said: “For too long, government agencies have turned a blind eye to the flagrant breaches of environmental law and tax compliance by hand car washes.

“It is time the Environment Agency and HMRC were told to step up and close down the hand car wash operations of the slave masters.

“The Government says it wants to wipe out modern slavery, but the political will and resources to tackle the scourge appear to be lacking. It is not a challenge that can be met by the Churches alone.

“Nowhere else in Europe has this hand car wash slavery problem been allowed to arise.

“Wherever else you look – from Germany to Belgium to Scotland – there are binding environmental regulations which hand car washes must follow.

“With our so-called smart environmental regulations, criminal gangs from elsewhere in Europe see England and Wales as a soft touch and have set up their slavery operations here with impunity.”