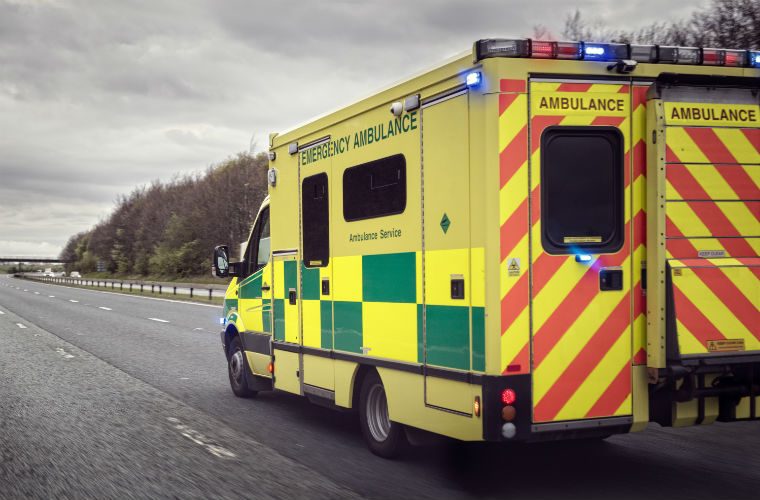 The driver's partner remains in a rehabilitation unit almost a year after the crash. Image: Bigstock.

An inexperienced driver abandoned his car on the fast lane of the M1, leaving his wife inside, before watching a van plough into the back of it, the Derby Telegraph reports.

The uninsured driver had stopped because he thought there was a mechanical problem and left his wife alone inside the car for almost five minutes as cars swerved to avoid collision until one van made impact.

The 29-year-old had only just received his provisional license and took over driving from his wife after she fell ill.

CCTV footage played at Derby Crown Court showed Hristov stop the VW Passat in the outside lane of the southbound carriageway and get out.

It then showed him running across four lanes as his wife remained inside the car as speeding cars swerved to avoid it before a van finally ploughed into the back the Passat.

The court heard how his partner remains in a rehabilitation unit almost a year after the crash.

Upon handing Hristov a 15-month prison term, Judge Peter Cooke said: “You are a 29-year-old man of previous good character and I must sentence you for the consequences of an accident which is truly tragic.

“It must have been a nightmare to experience the site of your car, containing your wife, to be hit.

“You took control of the car having only received your provisional licence nine days before because your wife felt ill.

“You took over the driving because she let you and you were completely inexperienced, a total novice.

“It is an utterly tragic incident borne from an inexperienced driver being seized by naivety and panic and what’s surprising here is not that a collision occurred but that it took almost five minutes to occur.”