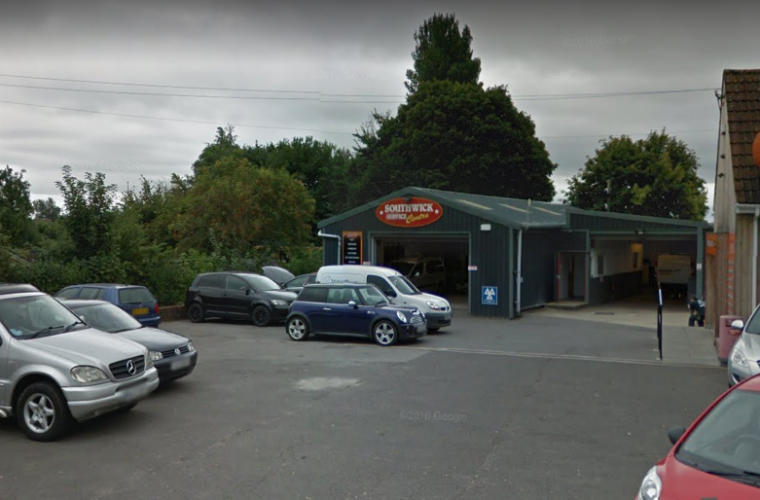 A woman lodged a dishonest claim against Southwick Service Centre in Trowbridge and has been caught out. Image: Google Street View.

A judge has slammed a woman’s claim that garage staff tried to trip her up as “implausible” and has ordered her to pay £70,000.

Yvette Thomas had lodged a £200,000 compensation claim against the workshop, saying that an alleged fall had left her on crutches and led to the loss of her job.

She also claimed she had been forced to cancel a holiday to Gran Canaria, quit dancing lessons and could no longer go to the gym.

Southwick Service Centre in Trowbridge, Wiltshire denied that she tripped and said a hosepipe in a valeting bay had only brushed against her leg.

Hospital records show that Thomas had been examined at A&E by medical staff but X-rays showed no signs of trauma.

“Does not add up”

District Judge Francis Goddard told Bath County Court: “In my judgment the case that Mrs Thomas puts forward simply does not add up.

“I do not find her story in any way believable notwithstanding that she may well have by now convinced herself that what she said happened did happen.

“Something happened on that day that caused Mrs Thomas to come up with a version of events that, on a hearing of the evidence, is quite implausible.

“It was not a pre-thought out plan.

“The story put to the court germinated on that day and was elaborated upon over the months and years that followed.”

Thomas had said the alleged incident took place when she dropped her daughter’s Mini Cooper at the garage for an MOT, saying that a car valeter had deliberately tripped her up with an industrial pressure washer hose.

Car valeter, Edward Slow said: “I was rather angry when I heard what she was saying.

“I remember her coming in.

“She was walking around and she said the hosepipe rubbed against her leg and that it was an accident waiting to happen.

“Then suddenly it became this whole story that I had deliberately tripped her up – something I would never do.”