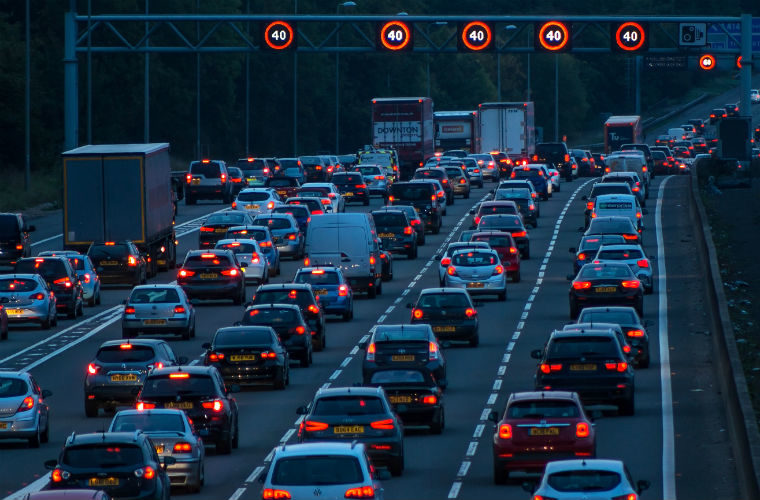 Breaking down in a live lane on an all-lane-running motorway is 216 per cent more dangerous than doing so on a conventional one, according to Highways England’s own hazard log data .

The data was revealed by a Highways England report written in 2016 but has only recently come to light after it was discovered by the AA.

The report also references data on breakdowns in live all-lane-running lanes of the M25 between junctions 25 and 26, which shows the average time for Highways England CCTV operatives took to spot a broken-down vehicle in a live lane was 17 minutes and one second, with one breakdown taking over an hour for operatives to spot.

Highways England’s targets give a three-minute window in which to set a signal change, such as bringing up a red X symbol to close the lane, when a vehicle stops in a live lane.

Edmund King, president of the AA, said: “Taking three minutes to set the red X is too long for someone in a broken-down vehicle to wait.

“Expecting someone to wait in a dangerous and life-threatening position for 20 minutes is simply inexcusable.”

“The latest generation of smart motorways have helped to improve safety by at least 25 per cent.”

The revelation comes as the widow of a driver who was killed on a smart motorway after a lorry crashed into his car confirmed that she is to sue Highways England for corporate manslaughter.

Her husband-year-old Jason Mercer and another driver, 22-year-old Alexandru Murgeanu, both died in June this year following a minor collision on the northbound M1 near Sheffield.

There was no nearby lay-by and the drivers had pulled over by a barrier to exchange insurance details when the lorry hit their vehicles.

The hard shoulder had been transformed into a live lane, leaving the men stranded and exposed to oncoming traffic.

Speaking to The Sunday Telegraph, Claire Mercer said: “Jason and Alexandru’s deaths proves these motorways are anything but smart.

“Two families have been utterly devastated because the hard shoulder had been turned into a live lane. It’s that simple.”

A Freedom of Information request to Highways England revealed that there are 135.1 miles of all-lane-running smart motorways in England, but only 24.2 miles are covered by a system that automatically detects vehicles broken down in live lanes.