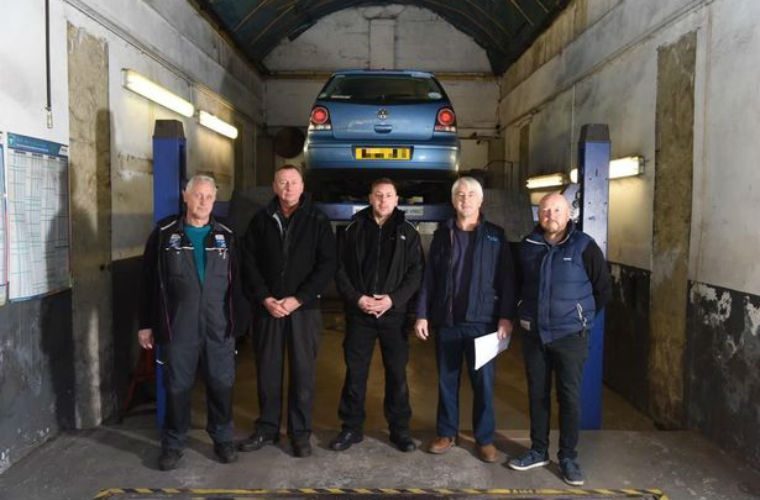 Garage owners in Bath are taking a stand against clean air zone proposals over fears the scheme could put them out of business.

Alan Moxham, Ken Wheeler, Paul Firth, Roy Flavell and Angus Sheppard say that the Bath and North East Somerset council plans, which could see some vehicles charged £9 to enter the city, would seriously impact upon both them and their families, Somerset Live reports.

Mr Moxham of Bath MOT Centre said: “I’ve worked for a long time, we all have.

“My business is almost solely run on vehicles coming to the garage on a daily basis.

“I don’t think it has been well thought through.

“The reality is, some of the vehicles we deal with take longer than 24 hours to fix.

“No customer of ours is going to be paying the charge to come for an MOT.

“If the work takes longer than 24 hours they will have to pay more, they could end up with a bill for £27 just to get their car to the garage.”

“We’ll have to close”

Angus Sheppard of Henriette Mews Garage said: “If we lose over half of our customers we’ll have to close.

“The scheme has great intentions – I’m happy for anything ‘green’ to happen.

“But, if they did something about the coaches or the heavy goods vehicles, the problem could be solved that way.

“The numbers are dropping year-on-year.

Paul Firth of Archway Garage said: “I went to a meeting at the Guildhall and spoke to two women.

“I asked where they came from and they said ‘Bristol’.

“It’s like banging your head against a wall trying to explain where your garage is in the first place.

“You’d think that, at a meeting like that, they’d have someone who knows the area.”

Roy Flavell, of HiQ Tyres and Autocare, and Ken Wheeler, of Midland Car Company, have also joined the protest.

Mr Flavell said: “The clean air zone is going to have an impact on the shops in Bath, as well.

“We get people who drop their cars off for the day then go into town.”

The government has ordered B&NES to improve air quality in the city as quickly as possible, and by 2021 at the latest.

It will be fined if it does not comply.

A report put the total cost of the proposed zone to the wider economy at £133 million over ten years.

However, the report also predicts the zone will take some cars out of the city centre, reducing congestion and shortening travel time for those that remain.

The council is yet to respond to requests for comment on the issue.

Is your garage threatened by proposed clean air zones? Share your comments below.