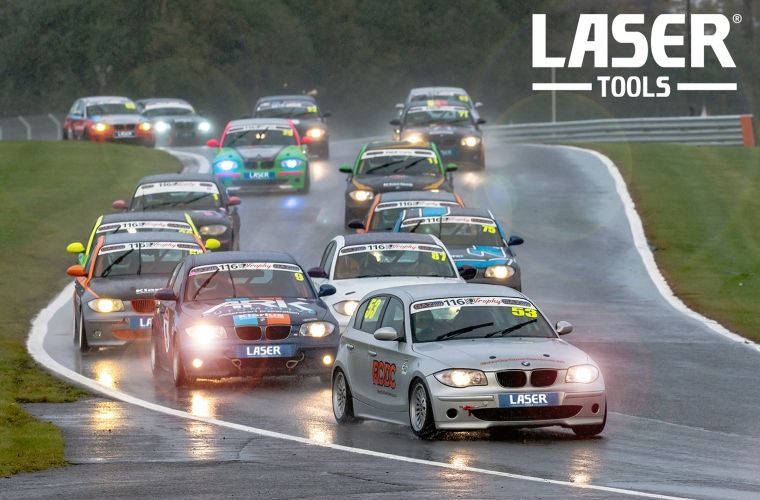 Now in its third year of running and holding events across the UK’s most historic circuits, the 116 Trophy (held in partnership with the 750 Motor Club), is the country’s fastest-growing RWD Endurance series.

The Managing Director of Laser Tools, Eddie Altham commented: “We are obviously well known for our sponsorship in the British Touring Car Championship and the company has been involved in motorsport sponsorship for many years.

“In addition to the high-profile BTCC, we also like to encourage grass-roots motor racing and the 116 Trophy is a very interesting and exciting series that we are happy to be involved with.”

Series Director Mark Bate is also enthusiastic: “Laser Tools is a great fit for the Trophy. It is a familiar name to all — their high quality, professional tools are extensively used on our cars — the official timing tool that we use as an engine benchmark is one of Laser’s products.

“Having the current BTCC champions on board for 2021 shows just how far the Trophy has progressed in only two seasons. We go forward into the 2021 season with 71 cars registered to date and in excess of 100 drivers.”

The series standard format consists of endurance races (90 – 180 minutes), with two mandatory pit stops and up to three drivers.

Each season will also include special event races such as extended length, racing abroad and sprint rounds.

The choice of endurance racing allows drivers to share the events, keeping costs down, while providing plenty of track time.