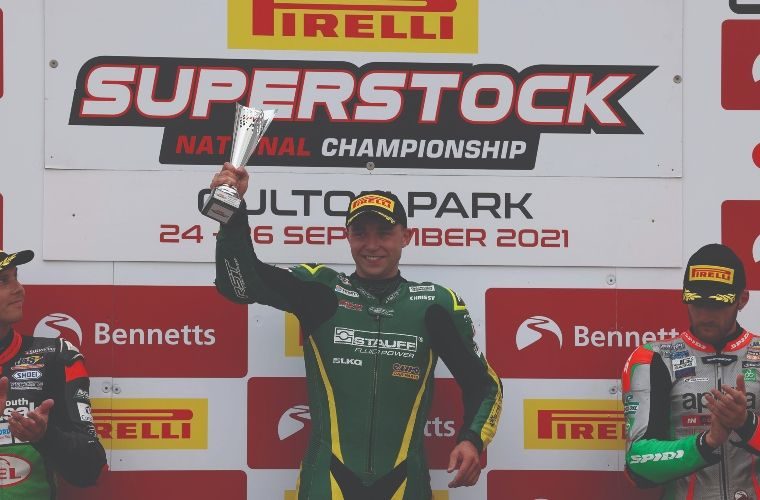 Motorcycle ace Chrissy Rouse – who is sponsored by NGK – celebrated his first win of the season along with a second place in the latest round of the Pirelli National Superstock Championship at Oulton Park.

He just missed out on victory in the first of the weekend’s two races at the Cheshire track but made up for it in the second to take his first win since being crowned champion almost a year ago.

Commenting on his chrissyrouseracing.com website, the young North East teacher said: “What a brilliant weekend, I’m over the moon to get my first win of the year, especially after the last few rounds which haven’t been great for us.

“Finishing second in the first race was great but to then back it up with a win and nice haul of points is fantastic. Just to be up there, battling for the win shows how hard we’ve all been working.

“The whole team has thrown everything at it over the last few rounds to get the bike sorted out and we’ve definitely found something that’s worked.

“It was great to be able to reward the team with a win after all their hard work.

“It is late in the year and I know the title defence isn’t really going to be possible but I’m hoping we can continue this run and I’m hoping for a strong end to the season.”

NGK Spark Plugs (UK) Ltd marketing manager Mark Hallam said: “It has been a tough season for Chrissy but he was in tremendous form at the weekend to remind fans what a great champion he is.”